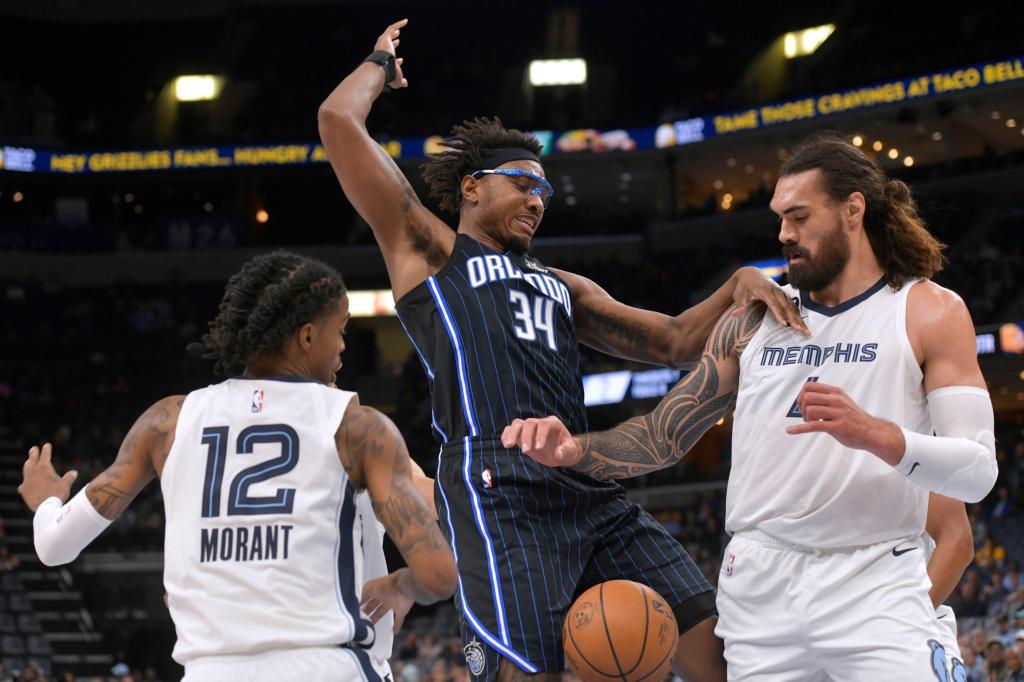 Ahead of the Magic’s 109-97 preseason-opening loss to the Memphis Grizzlies Monday, coach Jamahl Mosley made clear what Orlando had been focusing on during training camp.

Get back in transition defensively. Protect the paint. Move the ball while also taking care of it.

After allowing 50 points in the paint, 30 fastbreak points and finishing with 25 turnovers that led to 33 Memphis points, it’s clear more work is needed.

“It was a great challenge for our guys,” Mosley said. “It was an opportunity for them to understand the level of growth and the things we’re going to have to continue to do to get where we’re trying to go.”

For most of the game, the Magic looked like a team that missed two days of training camp because of Hurricane Ian and is still working to understand one another.

But Orlando’s struggles with giveaways weren’t exclusive to Monday.

The Magic were one of the league’s more turnover-prone teams last season. They often have the right pass in mind but attempt it a second or two too late. Or don’t force the defense to collapse enough on drives and try to pass through clogged lanes.

A handful of Orlando’s giveaways are easily correctable: stepping out of bounds, traveling and offensive fouls.

The other mistakes — telegraphing passes, forcing passes into tight or closed windows, adjusting to different lineups — will take more time.

The Magic, at least, now have game film to build off of.

“A lot of us have to get used to playing with each other,” said Paolo Banchero, who finished with 8 points (2-9), 2 rebounds, 2 steals and 4 turnovers in his preseason debut. “I feel like our process was a little different than most teams with the way we had to deal with training camp and cancelations. Coach told us before the game to treat preseason as extended training camp, getting used to the game and each other.”

The loss was a wake-up call but the Magic maintained their perspective.

It was just the first of five preseason exhibitions.

A lot of the areas the Grizzlies, who had the league’s second-best record in 2021-22 at 56-26, dominated Orlando in — especially points off turnovers and in the paint — are ones they thrived in last season.

The Magic’s performance wasn’t all bad, either.

They moved the ball well when they weren’t giving it away, finishing with 23 assists on 35 field goals. Their halfcourt defense was solid. They created open looks from beyond the arc (18-54 on 3s) but they didn’t make enough of them, also a struggle for last year’s team.

“These are great learning opportunities for each of these young men and our staff to be able to teach the things we’ll need to do to continue to grow,” Mosley said. “When and where we’re making passes, transition defense, how we’re getting back. [This] is going to be great teaching tape for us.”

Watching game film will be imperative to figure out how to cut out those mistakes. But what the Magic struggled at is clear.

“You can never not learn something from film,” said Cole Anthony, who led Orlando with 17 points (6-10, 4-8 on 3s) and 5 rebounds. “The main thing I can say is I don’t even have to watch the film to tell you we need to cut down the turnovers. We had 25 for 33 points for them. We cut that in half and we’re looking at a different ball game.

“It’s early. It’s going to be a lot of mistakes, but I think we can cut this stuff out sooner rather than later so by the time the regular season rolls around, we’re doing something, moving in the right direction and winning some games.”

This article first appeared on OrlandoSentinel.com. Email Khobi Price at khprice@orlandosentinel.com or follow him on Twitter at @khobi_price.