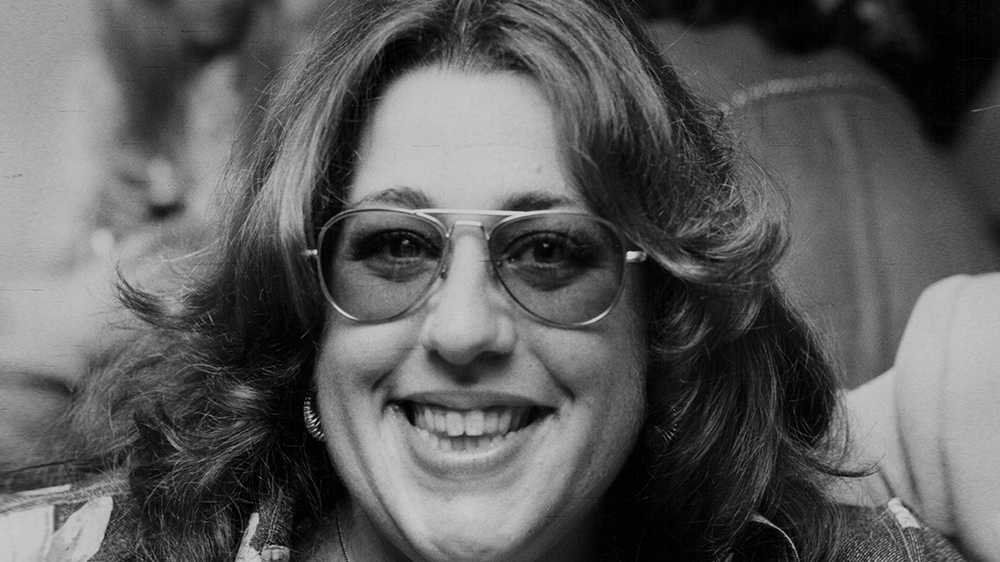 There’s a famous photograph by Henry Diltz of Joni Mitchell playing guitar in Mama Cass Elliot’s Laurel Canyon backyard, with David Crosby holding up a joint in back and Eric Clapton sitting cross-legged watching transfixed. There, in the foreground, is Cass’ nine-month-old daughter Owen, teething on a film canister. “I often wonder what I was thinking,” says the now-55-year-old mother of two kids in their 20s, who lives in Encino with her husband of 31 years. “Clearly, I was thinking about that film canister. It was all pretty surreal, pretty cool.”

Owen Elliot-Kugell, the only child of Mama Cass of the Mamas & the Papas, the seminal co-ed group that came to define the sound of 1960s hippie culture, has for years spearheaded the campaign to get her mother a star on the Hollywood Walk of Fame. The ceremony will finally take place on Monday, Oct. 3 on a stretch of Hollywood Blvd. between Sycamore and LaBrea alongside the stars of Sidney Poitier and Tyne Daly, with the likes of bandmate Michelle Phillips and good friend John Sebastian on hand to mark the occasion.

“I can’t tell you the number of people over the years who have told me how much my mother’s music and who she was affected them, and made a major difference in their lives,” says Owen, who was seven when Mama Cass died in a London flat in 1974 at 32 of a heart attack, most definitely not choking on a ham sandwich, as urban legend had it.

“The childhood memories I have are not numerous, but they are vivid,” says Owen, who was raised by Cass’ sister Leah and her husband, noted drummer Russ Kunkel, in both Los Angeles and western Massachusetts. “I do have a treasure trove of written and video interviews, including one from ‘The Dinah Shore Show,’ when she brought me along. Getting to see our interaction was incredibly meaningful for me.  I can see her caressing my head, giving me a hug because she knows I’m shy. When I find out these things, I can feel them on a cellular level that they’re true. I can just tell instinctually.  I’ve had to learn about her, and I’m constantly seeking out more information.”

Owen is using the star ceremony as a springboard to finish her own biography of Mama Cass, expressing displeasure at the previous one, British writer Eddi Fiegel’s 2005 book, “Dream a Little Dream of Me: The Life of Cass Elliot.” With the help of rock estate specialist Jeff Jampol, she is exploring other options for her mom’s story, including a biopic.

And what a life it was.  A larger-than-life figure in many ways, Graham Nash referred to Cass Elliot as the “Gertrude Stein” of the nascent Laurel Canyon scene, helping introduce him to David Crosby and Stephen Stills as part of the communal parties she held in her home.

“Cass pretty much designed rock ‘n’ roll for me at a certain point,” says John Sebastian, who first met her in Washington, DC, when she was part of the folk trio the Big 3 with Tim Rose and Jim Hendricks.  Elliot went on to introduce him to his future Lovin’ Spoonful partner Zal Yanovsky at her Gramercy Park apartment in New York on February 9, 1964, the day the Beatles performed on “The Ed Sullivan Show.”

“We both had our guitars, immediately started playing together and didn’t stop,” recalls Sebastian. “It was a pretty remarkable afternoon. She didn’t just bring people together; it was her taste in who she was bringing together. I remember us wondering who could sing harmonies with Crosby and Stills, and deciding it had to be either Phil Everly or Graham Nash. Sure enough, two weeks later, Graham Nash was in her swimming pool.”

When Cass Elliot passed away, she was in the midst of celebrating two sold-out weeks of performances at the London Palladium, fueled in large part by trying to put aside her “Mama” persona and be accepted on her own.

“She wanted to shed that moniker with everything she had,” says Owen, who wrestled with whether to include it on her mom’s star, and finally deciding to do so with quotes around it. “Because that’s how most people knew her. My psychic told me my mom is really exited about getting this star. If she had lived longer, I’m sure she would have reinvented herself.”

Owen admits her mother’s lifelong weight issues — including rapid gains and losses – probably led to her heart condition, “with the muscles turned to fat.”

“She died in her sleep, and that meant a lot to me, especially as a young girl,” says Owen, who admits to being “traumatized” by her mom’s death at the time.

With her mother’s string of failed relationships, Owen says Cass was often lonely. Her own birth was the result of  Cass’ one-night stand with a Mamas & Papas touring bassist named Chuck Day, whom she met years later after Michelle Phillips found him via an ad.

“That’s the greatest tragedy in my mother’s life,” says Owen. “She never got to experience what being in a real relationship was about, the ups and downs, highs and lows.  When she was on stage and the crowd was screaming that they love you, then you go back to your hotel room alone. That’s why my mom had me… She wanted someone who was never going to leave.”

“The thing was, she had so many boy friends, though they were not necessarily sleeping with her,” says Sebastian. “We all adored her and would have taken a shot if we’d had the chance. There were times when I’d say, ‘Cass, what are you doing tonight?’ And she’d answer, ‘John, I’d put you in the hospital.’ That was how she got around folks with whom she wanted to maintain a friendship. Her weight wasn’t an issue with me. I’m Italian. Every beautiful thing that ever happened to me as a kid happened as a result of very large women.”

Owen “hovered around music most of my life,” singing occasionally with her friends Carnie and Wendy Wilson and Chynna Phillips in groups that predated Wilson-Phillips, and even recording an album for MCA “that’s somewhere in their vaults.”

“I just want people to remember my mom’s legacy,” she says of getting the Walk of Fame star, pointing out Lizzo, Megan Thee Stallion and even a pre-weight loss Adele as performers her mother paved the way for. “This honor is such a great accomplishment. I’m sure she’d be over the moon.  A hundred years from now, that star will still be here. If my mom knew the effect she’d had on so many people’s lives in making them feel good, that would have made her happy.”