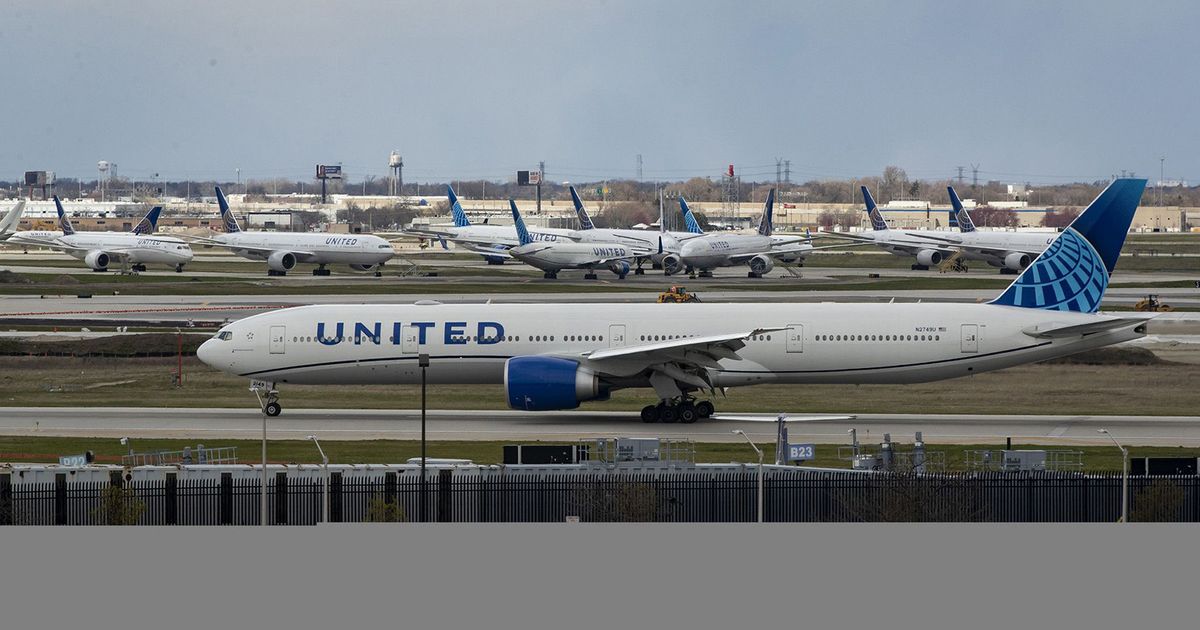 Chelluy Loghan Sevilla is charged with assault and interfering with flight crew members.

Authorities say that Sevilla was flying on United Airlines flight 2116 on Tuesday afternoon when he began exhibiting “disturbing/uncontrolled behavior.”

According to an affidavit, a chaotic scene ensued approximately one hour into the flight, when Sevilla assaulted at least two people, broke a small piece of plastic off a bathroom door, and opened the locked bathroom while it was still being used by a fellow passenger.

Sevilla, who later told authorities that he had consumed the hallucinogenic drug psilocybin — the main psychoactive ingredient of magic mushrooms — before boarding the flight, began “wandering around the plane, running up and down the aisle, clapping loudly near the cockpit, and yelling obscenities,” the affidavit said.

He was also “getting in other passengers’ faces — staring and smiling at them,” until flight crew members convinced him to get back to his seat.

That’s when the situation escalated. Authorities say that Sevilla refused to stay in his seat and laid on the floor as his screams and outbursts grew louder.

When a crew member asked him to take his seat, he “suddenly jumped and attacked” her, “grabbing and twisting (her) breast,” according to the affidavit.

Some passengers, other flight attendants and an onboard law enforcement officer “jumped into action” to subdue and restrain Sevilla, according to court documents.

However, authorities say he resisted. During the struggle, he twisted the arm of another flight attendant.

He was finally handcuffed, but continued to “scream and yell incoherent things for the remainder of the flight.”

Sevilla was arrested after arriving in Washington. He told authorities that it wasn’t the first time he’d consumed psilocybin. And while he wasn’t surprised by the way he acted, he felt sorry for his actions, according to the affidavit.

A United Airlines spokesperson told The New York Daily News that “law enforcement met United flight 2116 upon arrival in Washington Dulles due to a disruptive customer” and that the passenger was “removed” from the aircraft as soon as it landed safely and proceeded to the gate.

“We also followed up with our crew members to make sure they were OK,” the spokesperson added.

Sevilla is expected to appear in court again next week. His court-appointed attorney, Shannon Quill, declined to comment on the case, citing office policy.