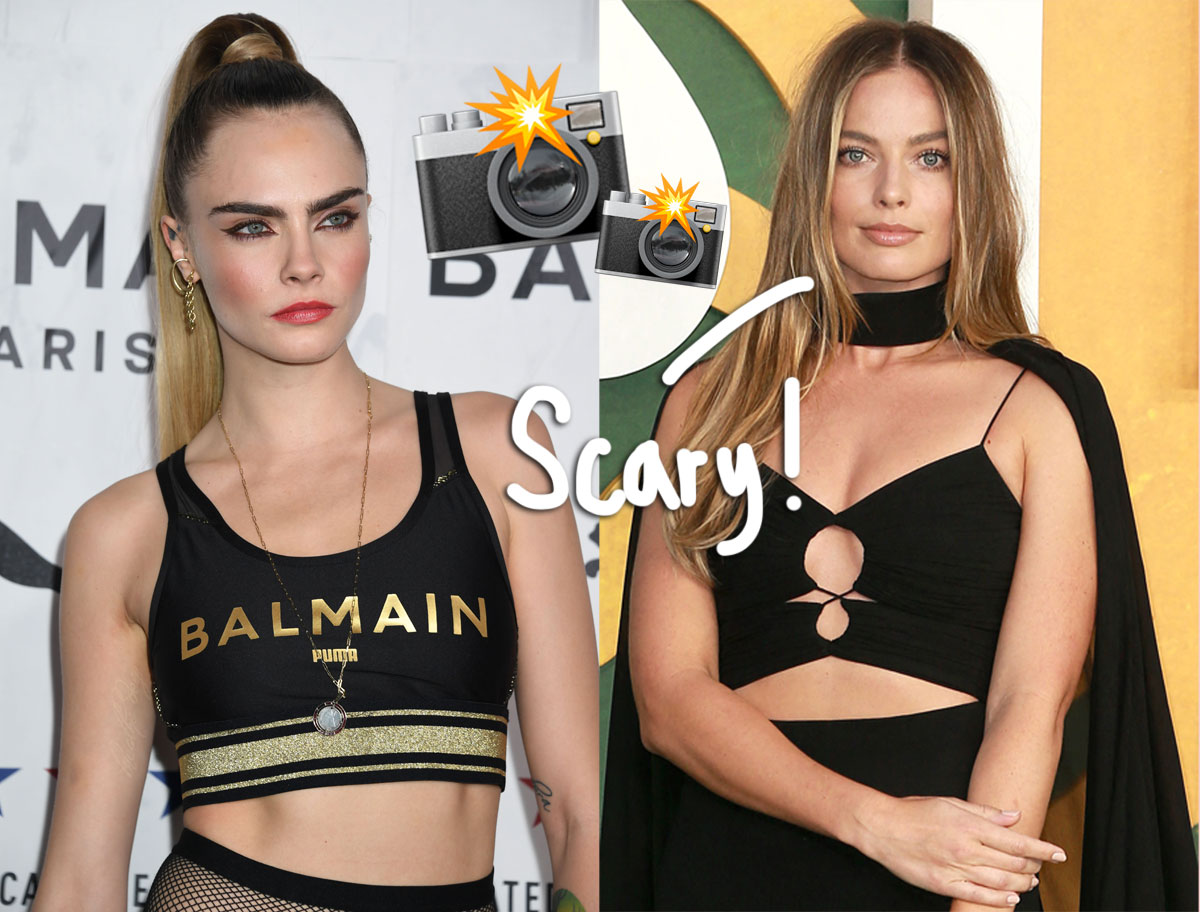 Yikes! Margot Robbie and Cara Delevingne were the center of a nasty incident in Argentina early Sunday morning!

According to sources with direct knowledge of the frightening situation who spoke with TMZ, the stars were dining in Buenos Aires at the popular spot Patagonia Sur in the La Boca neighborhood. After their lavish meal, they left at around 3 a.m. on Sunday morning. They had an Uber waiting for them when they exited the establishment — but things WENT very wrong when a photographer got in the way!

Insiders revealed Cara and Margot were entering their car when a paparazzo rushed them and started taking pictures aggressively. The attention freaked the Uber driver out so much, he started to take off with Cara fully inside and Margot halfway in the vehicle. Apparently, the Suicide Squad star had to jump out of the car while it was moving to avoid being seriously hurt. As she lay on the ground, the photographer continued to snap photos. Ugh. So awful.

It was at this point the girls’ friends, film producer Josey McNamara, and key grip Jac Hopkins (both of whom worked on Margot’s upcoming film Barbie), got involved in the scuffle to protect the actress — but they’re now facing legal trouble! Per TMZ sources, the men are currently in police custody for allegedly beating up the pap, named Pedro Alberto Orquera. According to local outlet Infobae and a police report they obtained, Pedro was left with a broken arm and a bloody scalp after he was allegedly beaten. But Josey and Jac claim Pedro fell on his own. Per The Sun, a police report shows the filmmakers told cops the photographer was “responsible for his own injuries” as the celebs hadn’t given their consent for pics to be taken.

Photos obtained by TMZ show Pedro lying on a stretcher shortly after the incident took place with a neck brace on. Eyewitnesses reportedly called authorities to the scene and Pedro was taken to the hospital where he is waiting to have surgery for “serious injuries,” via The Sun. In another TMZ photo, his arm is in a full cast while he rests on a bed in what appears to be a hospital. You can check them out HERE.

The injured pap spoke to The Sun on Sunday evening about the incident, explaining:

“It was a brutal attack. Really cowardly. They tried to take my camera to delete the pictures that I had taken. I started running away from them because they were hitting me. While I was running from them they kicked me hard so my camera went up in the air and I fell on the floor and injured my arm. I was bleeding an awful lot. I was losing a lot of blood, in a few minutes the police arrived.”

Pedro is reportedly planning to file a lawsuit. The men were arrested and taken to a police station for questioning. Josey and Jac appeared in front of magistrates on Sunday afternoon, according to The Sun. It remains unclear what charges they are facing. It is believed Margot and Cara fled the scene and flew to the south of the country later in the day, according to the outlet. It is unclear how they are doing now, though they must have been freaked out!

This incident comes just weeks after Cara left fans and friends concerned following a series of erratic behavior, including a sighting outside of Van Nuys airport. Around the same time, Margot was spotted leaving Cara’s house looking very upset after reportedly urging her to seek treatment for substance abuse and mental health therapy. Last week, it looked like things were looking up after the Only Murders in the Building star appeared at Paris Fashion Week, so we hope this incident doesn’t set her back! As of now, neither of the stars’ camps have responded to requests for comment. Reactions, Perezcious readers?!