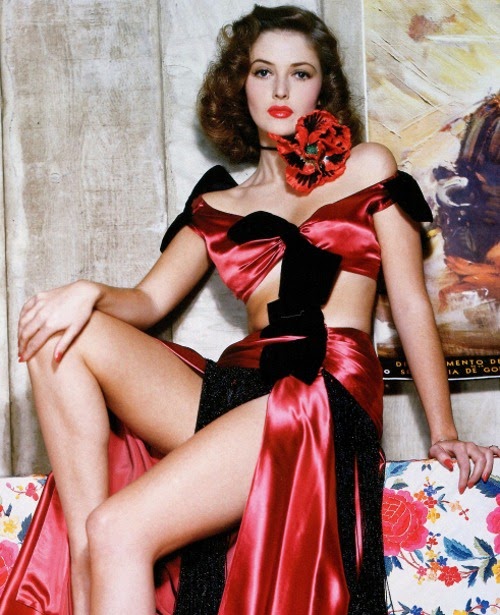 Martha Vickers was a model and actress who died young from cancer.

She was born Martha MacVicar on May 28, 1925 in Ann Arbor, Michigan.  Her father, James MacVicar, was an automobile dealer and the family moved a lot. When she was fifteen they settled in Los Angeles, California. Martha started modeling and appeared on numerous magazine covers. When producer David O’Selznick saw her photo he offered her a contract. In 1943 she made her film debut in Frankenstein Meets The Wolf Man. After a few more bit parts she was signed by Warner Brothers. The auburn haired beauty was given a supporting role in the film noir The Big Sleep. Her performance got rave reviews and she seemed destined for stardom. She had starring roles in The Way With Women, Love And Learn, and Daughter Of The West. Martha enjoyed brief romances with Jimmy Stewart and Alexander D’Arcy. On March 15, 1948 she married studio publicist A.C. Lyles. The couple split up just six months later. 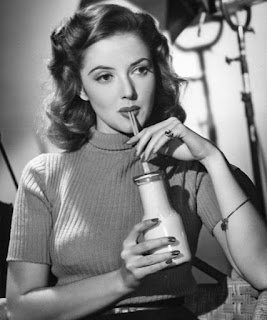 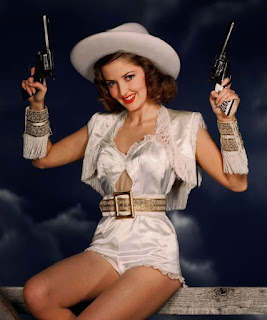 She married actor Mickey Rooney in 1949. Their son Teddy was born the following year. Then she decided to take some time off from acting to be a mother. Unfortunately Mickey had a drinking problem and became abusive. Martha divorced him in 1952. During the 1950s she appeared on several television shows including Perry Mason and Playhouse 90. She married Manuel Rojas, an actor and businessman, in 1954. The couple had two daughters – Christina and Marta. Her final role was in the 1960 television show The Rebel. Martha would spend the next decade out of the spotlight while she raised her children. After several separations she divorced her husband in 1965. Sadly on November 5, 1971 she died from esophageal cancer at the young age of forty-six. She was buried at
Valhalla Memorial Park in
North Hollywood, California.