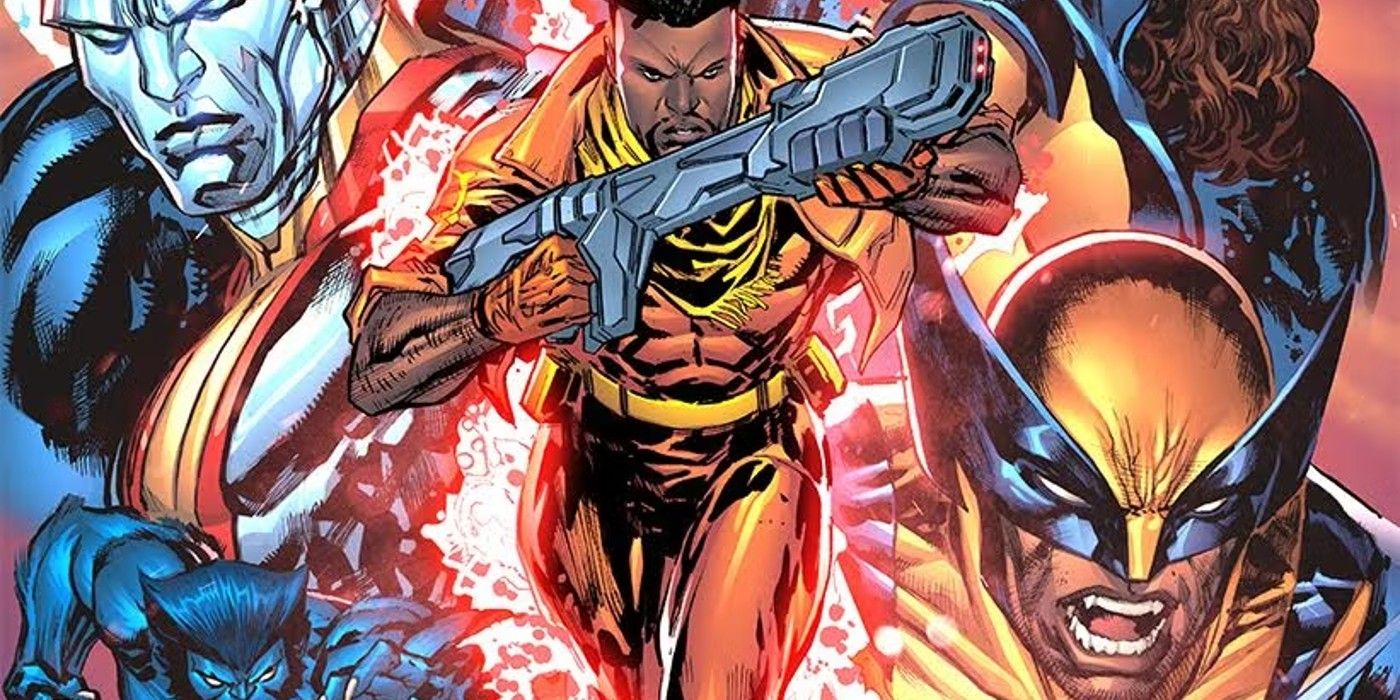 Marvel Comics is currently prepping to create a brand-new run on X-Men, starring Lucas Bishop as the front-runner for an all-new (and first ever), all-Black version of the popular superhero team!

Since the team first made their comic book debut, readers have always associated the X-Men with serving as some sort of racial allegory. Although actually inspired by Jewish leaders and Israeli Prime Ministers David Ben Gurion and Menachem Begin, Professor X and Magneto have long been rumored to serve as stand-ins for Dr. Martin Luther King Jr. and Malcolm X, respectively. In the same vein, the X-Men has always been portrayed as a diverse team, sporting numerous mutants of not only varying powers, but also varying races, genders, shapes, and sizes. Now, Marvel is taking the next natural evolution and natural progression towards greater inclusivity and diversity—an all-Black X-Men team.

Related: Professor X & Magneto Were NOT Based On Martin Luther King & Malcolm X

J. Holtham, Sean Damien Hill, and Ken Lashley are collaborating on Bishop: War College, a five-part miniseries that’s going on sale in February 2023. With Lucas Bishop leading the squad, this X-Men team will consist of Armor, Surge, Cam Long, Aura Charles, and Amass (all of whom are Bishop’s students). In a time when Krakoa is as much a paradise as it is vulnerable, Bishop leads the charge to keep mutantkind safe, teaching his students valuable lessons in the process. The cover art for Bishop: War College #1 can be seen below along with the issue’s solicitation.

An All-Black X-Men Team Is Historic

THE X-MEN LIKE YOU’VE NEVER SEEN THEM BEFORE! Krakoa is an island paradise, and it’s a vulnerable one…but not with Lucas Bishop on the case! Armor, Surge, Cam Long, Aura Charles, Amass – these are his students. Their course objective: Get strong. Defend the island. Keep Mutantkind safe. Their first lesson: HOW TO FAIL. And they’ll do it in spectacular Marvel fashion. What does any of that have to do with an all-Black X-Men team? WHAT EVEN IS THIS BOOK? Guess you’ll have to read it, True Believer. Celebrated TV writer J. Holtham (Cloak and Dagger, Jessica Jones) joins forces with artist Sean Damien Hill for a blockbuster brawl with the fate of all Krakoa at stake!

As much as this is a natural progression for the X-Men’s depiction of diversity, this is just as much of a natural progression for the Bishop character. Bishop is a character who debuted in 1991 and he has steadily risen throughout the ranks of the X-Men. Over the course of more than 30 years, Bishop has gone from joining the team as a time-traveling refugee from the distant future to becoming one of the leaders of military operations in Krakoa. Now, for the first time, he is going to be positioned as an actual leader of the X-Men in the team’s most history-making rebranding yet. How Bishop adjusts to being the head leader in charge, as well as a teacher/mentor to students in training, remains to be seen, but it most certainly is an interesting prospect to ruminate on in anticipation for this release.

An all-Black X-Men team is insanely historic! In a time when people are coming to understand that the failure to include an array of ethnicities in all types of media is incredibly damaging as it causes those who are left out to feel “othered”—a feeling that crushes the self-esteem of BIPOC individuals. Representation, especially in the comics medium, allows readers of color to feel seen, validated, and empowered—especially when the characters are allowed to take on such positive roles. So, the fact that an iconic team like the X-Men will be all-Black is such a beautiful and impactful way to embrace diversity.

Bishop: War College #1, will be on sale in February 2023 from Marvel Comics!