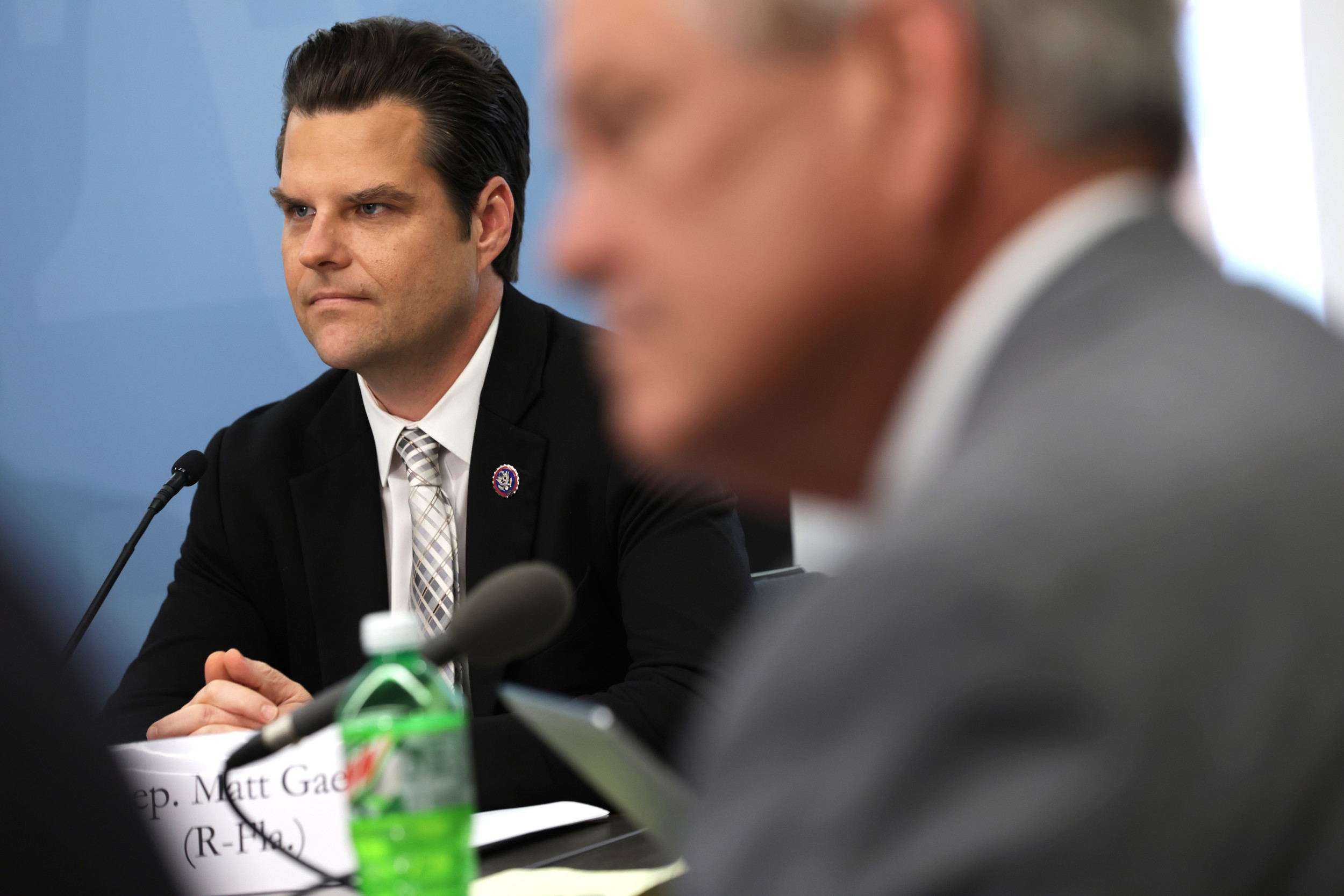 Representative Matt Gaetz, a Florida Republican, said Sunday that he believes the U.S. Department of Education should be eliminated.

His comments came in a tweet after he responded to a post from Representative Mark Green, a Tennessee Republican, who is touting a GOP “Parents Bill of Rights” proposal.

Green’s tweet said: “Our Parents’ Bill of Rights is going to ensure that parents know exactly what their children are being taught in the classroom and have a say in their education. #CommitmentToAmerica.”

In response, Gaetz wrote: “Call me old fashioned, but I’m actually for ending the Federal Government’s role in education—not enhancing it with new congress- vested ‘rights.'”

“Abolish the Federal Department of Education. That should be our #CommitmentToAmerica. Alas, instead we meme lame ‘commitments,'” he added.

Last year, House Republican leaders introduced legislation that would establish a parental bill of rights “to ensure parents have the influence and transparency they deserve.”

The Florida lawmaker’s call to jettison the federal education department isn’t the first proposal from a Republican to do so.

Last February, Representative Thomas Massie, a Kentucky Republican, reintroduced a proposal to scrap the department with the support of sponsors including Gaetz, as well as Representatives Marjorie Taylor Greene, of Georgia, Andy Biggs, of Arizona, and Lauren Boebert, of Colorado.

“The Department of Education shall terminate on December 31, 2022,” the Kentucky lawmaker tweeted.

“Education decisions should be made by parents and educators at the local level, not by unelected bureaucrats in Washington, DC,” Greene tweeted at the time.

CRT is an academic framework that examines history through the lens of racism that conservatives have claimed is an effort to rewrite the country’s history and make white people feel that they are inherently racist.

“Our Parents Bill of Rights will protect parental involvement by reinforcing their right to be heard, their right to see curriculums, and their right to be updated on any violent activity that happens on their children’s campus. America’s parents should never be made to feel powerless—they should be empowered and protected when it comes to having an influence in their own children’s education,” the Republicans who introduced the legislation last November said at the time.

Newsweek has reached out to Gaetz, Green and U.S. Department of Education for comment.

Other Republicans have recently called for other federal departments to be abolished.

In April, Senator Ted Cruz, a Texas Republican, called for the elimination of the Internal Revenue Service (IRS). “Abolish the IRS,” he tweeted at the time with no further details.

Meanwhile, in the wake of the FBI‘s raid on former President Donald Trump‘s Mar-a-Lago residence in search of classified documents in August, some Republicans floated the idea of abolishing or defunding that federal agency as well.

“The FBI has proven time and again that it is corrupt to the core. At what point do we abolish the Bureau and start over?” Representative Jeff Duncan, a South Carolina Republican, tweeted at the time.