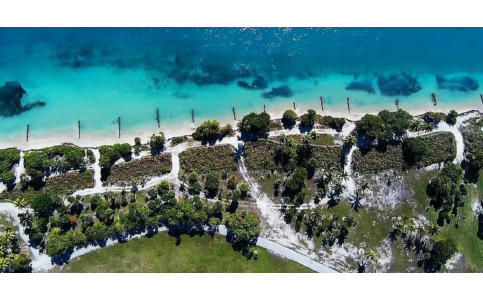 Miami commissioners have approved the first step toward allowing advertising billboards in three of the city’s larger waterfront parks.

The original proposed language listed only Bayfront and Ferré Park.

The proposal was amended to add Virginia Key Beach Park Trust, along with wording to clarify they are not free-standing signs but they are monument signs pursuant to the Miami 21 zoning code, according to City Attorney Victoria Méndez.

Sponsor of the legislation is Commissioner Joe Carollo, who is chairman of the Bayfront Park Management Trust. The trust manages both Bayfront and Ferré Park.

The proposal says in part, “Bayfront Park and Maurice Ferré Park have begun to attract large numbers of residents and visitors; and … Bayfront Park Management Trust manages Bayfront Park and Maurice Ferré Park to offset costs of maintenance on the City of Miami; and … the Trust has begun to host major events to amplify the enjoyment and use of the two parks for the community; and … the Trust can now attract more revenue to ensure funds necessary to improve and maintain the parks.”

A portion of Maurice A. Ferré Park faces I-395 and the MacArthur Causeway to Watson Island and Miami Beach.

Along with the size of the signs being limited to 20 by 20 feet, Mr. Carollo said the signs can only be placed every 1,000 feet, which will also limit the number of signs.

“Putting something that’s reasonable in size, 1,000 feet apart, it’s not like … a sign every few hundred feet,” said Mr. Carollo.

Commissioner Manolo Reyes voiced concern about the brightness of the new signs.

“I don’t want us to become another Vegas … food for thought, let’s picture how it (the sign) can be and how it would impact the environment and city residents,” said Mr. Reyes.

During public comment, resident Nathan Kurland voiced opposition to the proposed ordinance, referred to as FR.10.

“Over the past several years the city commission has opened the barn door to an industry that has little regard for our natural beauty and quality of life.

“Advertising on barges, planes, buildings – everywhere you look, advertising. Ferré and Bayfront Park are signature parks for the City of Miami. If you allow FR.10 to pass, what would be the eventual result will be parks full of advertising. Please, commissioners, vote in opposition to FR.10,” said Mr. Kurland.

Second and final reading of the ordinance may occur next month.