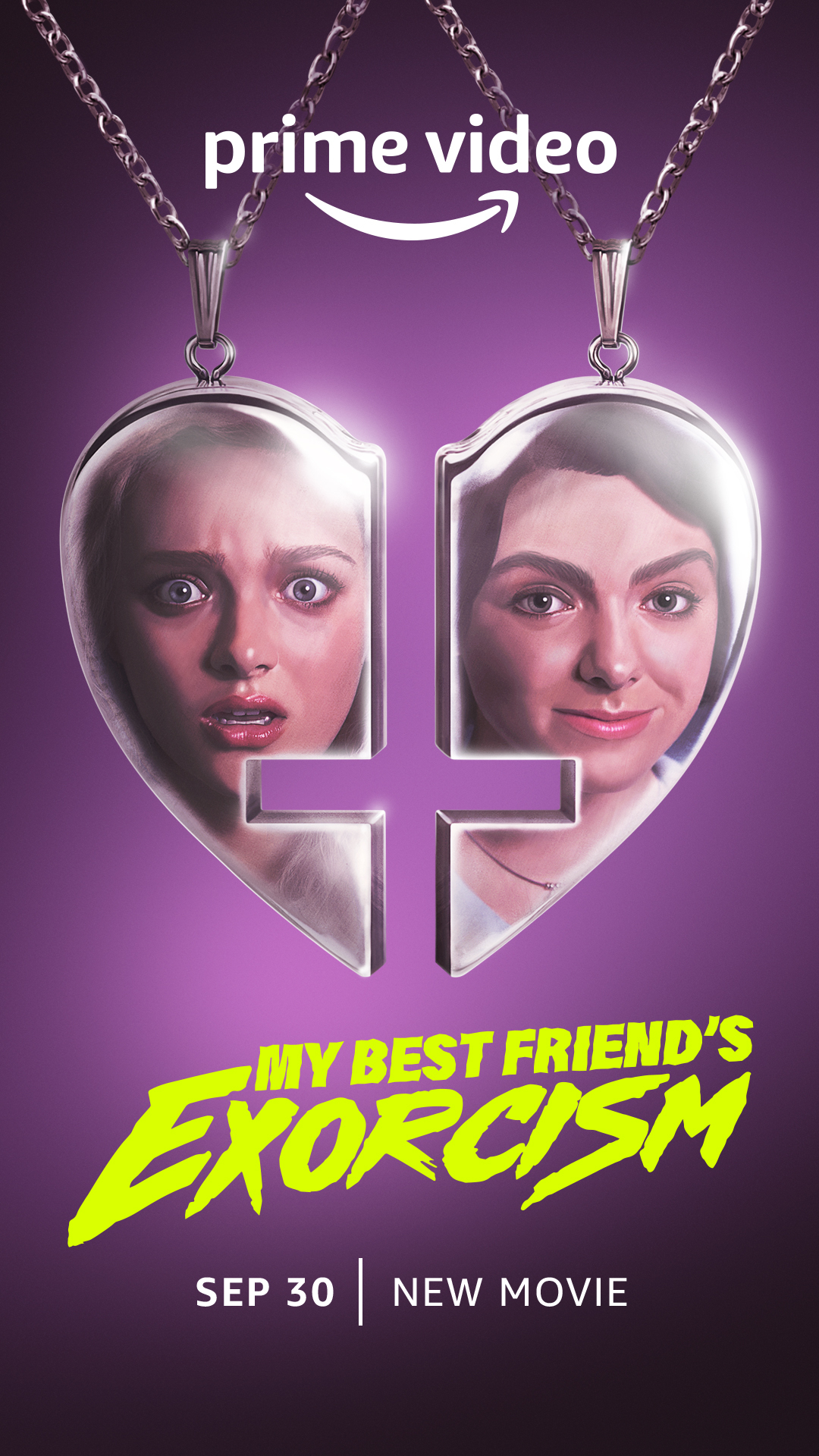 My Best Friend’s Exorcism is the age-old horror tale of besties trying to survive the trials of teenagedom while also battling evil…set to an 80s soundtrack.  There is a strong fascination with horror filmmakers to create a film with an 80s vibe.  I get it, horror movies from that decade were the coolest.  Plus, in general, the ’80s had some of the best music and fashion ever.  Also, it’s likely a lot of the directors may have been teens during that era and it makes sense to want to reflect back on that time.

The acting was really good and enjoyable to watch in My Best Friend’s Exorcism.  I also thought it was cool how they had the possessed bestie wreak havoc on her friends.  Especially liked the “diet shake” that made you lose weight but also produced what I can only describe as a giant, freaky tapeworm in your belly.

Towards the beginning of the movie I thought they were trying a little too hard with the ’80s references.  The girls spray their hair with a ton of hairspray and mention how much they’re in love with Boy George.  Then there was the mom holding a box of hamburger helper.  To me, it felt like too much.  The movie didn’t need that.  Also, I’m pretty sure I heard someone say “bae” and that is surely not an 80’s term. Also, this was clearly supposed to be a horror comedy but was it really funny?  Not so much.  Didn’t take anything away from the movie itself but I think I would’ve appreciated a little more humor in this.

Overall I thought the movie was fun and entertaining.  I say give it a watch during this spooky season.  I appreciate filmmakers creating new and original titles.  It’s streaming now on Prime Video.