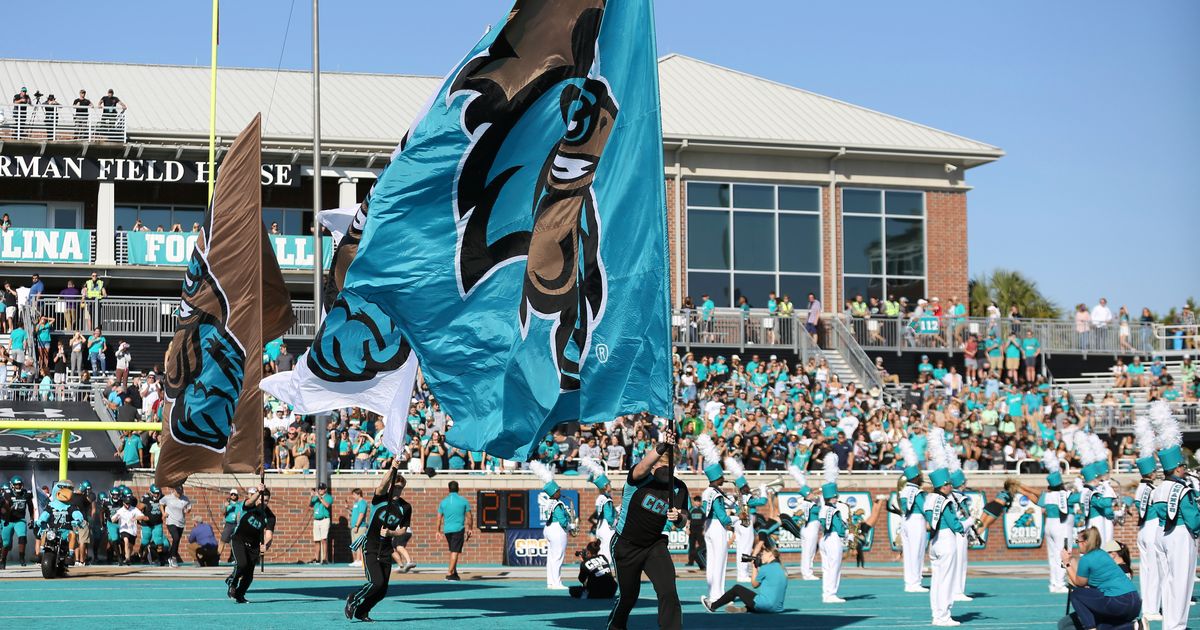 The Chanticleers have already earned a spot in the league championship while Troy and South Alabama, both 6-1, battle for the West Division. Troy has the advantage with a 10-6 win against the head. James Madison could earn a share of the division title, but would not qualify for the championship under the terms of its move to the Football Bowl Subdivision.

Jarrett Guest against the Dukes defense, With starting QB Grayson McCall unlikely to play, Guest has been intercepted three times this season and turnovers can change the tenor of a game quickly.

Coastal Carolina: RB CJ Beasley leads the team in rushing and becomes even more important with McCall on the shelf.

James Madison: QB Todd Centeio completed his first 15 passes in a win over Georgia State and finished 21 for 27 for 274 yards and four touchdowns.

The Chanticleers are the only team in the Group of Five with just one loss. … Coastal Carolina has had four different players rush for more than 100 yards in a game this season. … Centeio has thrown for at least four touchdowns three times this season. … The Dukes stopped a two-point attempt by Georgia State with 2:30 left in their 42-40 win last weekend. … Percy Agyei-Obese is two rushing touchdowns shy of James Madison’s career mark of 41, set by Khalid Abdullah (2013-16).