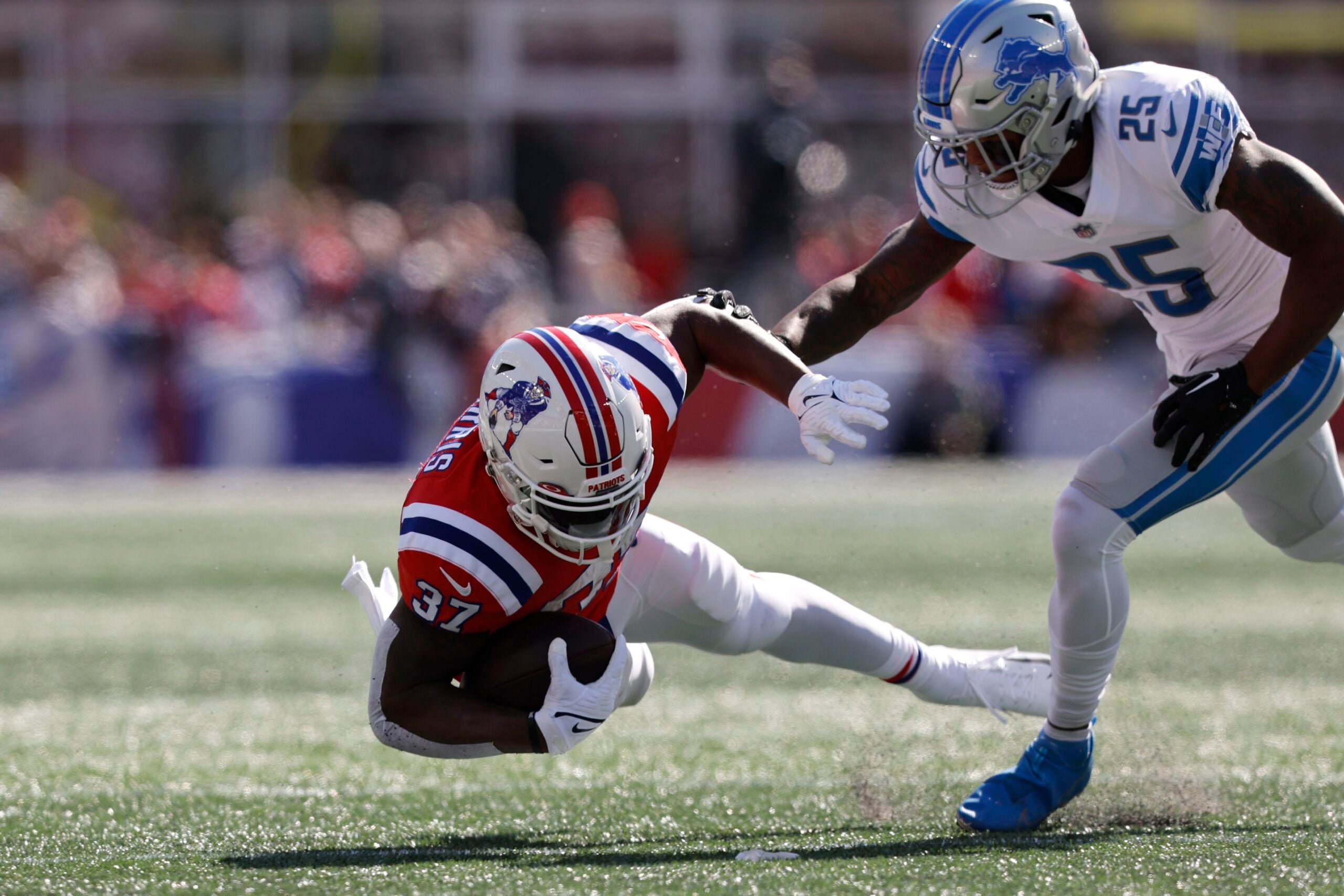 Contents hide
1 Harris suffered a hamstring injury in the first half.
1.1 Sign up for Patriots updates 🏈

Half of the Patriots’ strong running back duo started Sunday’s game against the Lions early.

Damien Harris suffered a hamstring injury in the first half against Detroit and was initially doubted to return. However, he was brought off at the start of the second half.

Harris got a good amount of the workload on the Patriots’ opening possessions. But he wasn’t too efficient, rushing for just 11 yards on four carries and adding one reception that went for just one yard.

Harris was not listed on the injury report before Sunday’s game.

Rhamondre Stevenson was able to shoulder the extra workload in the first half. He rushed for 69 yards on eight carries, including a run that went for 49 yards. He also had one reception on a screen pass that went for 15 yards.

Get the latest news and analysis delivered to your inbox during the football season.