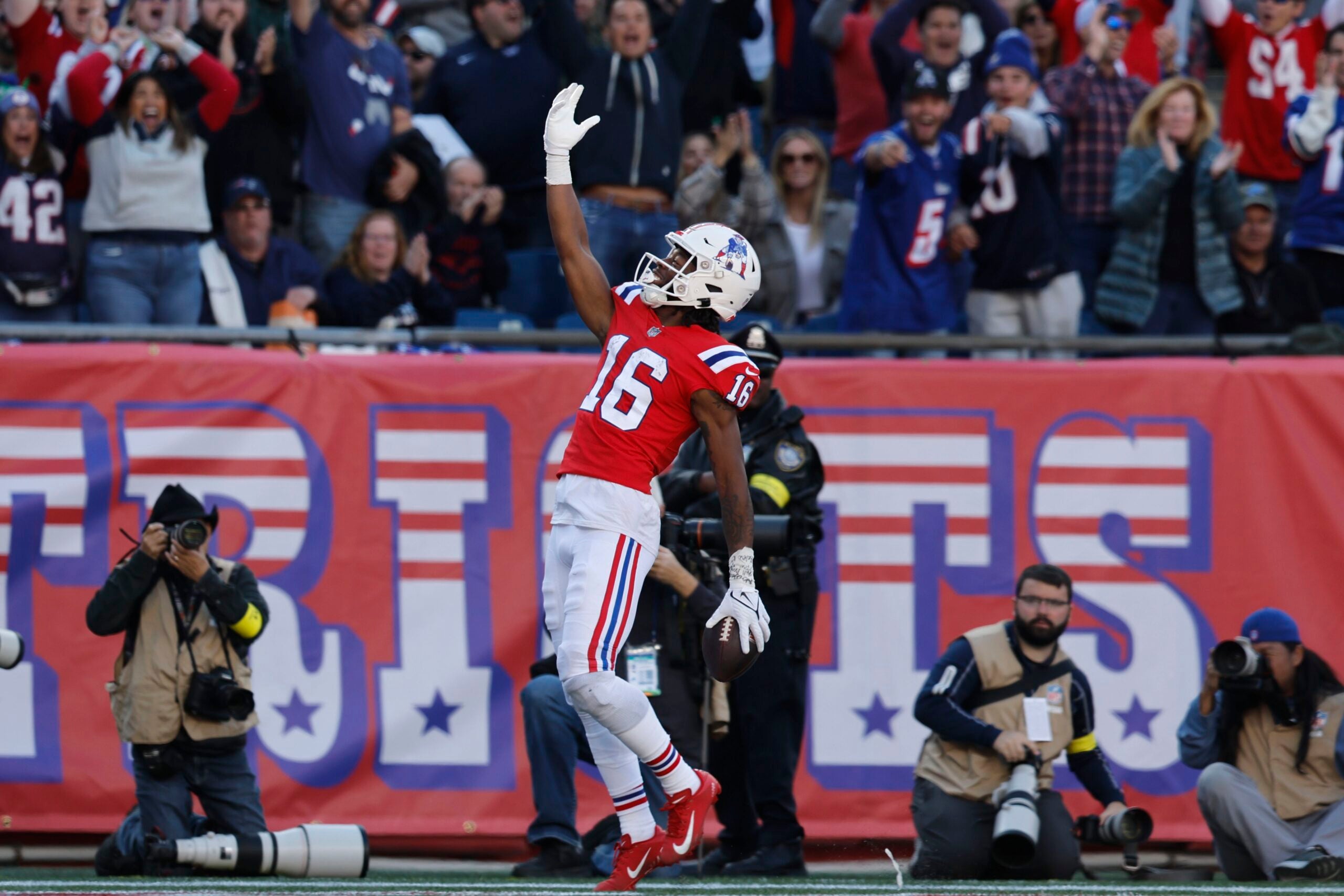 Contents hide
1 Meyers had his best game of the season after coming back from a knee injury.
1.1 Sign up for Patriots updates🏈

After missing a pair of games with a knee injury, Patriots receiver Jakobi Meyers returned to action in Sunday’s 29-0 win over the Lions.

He came back even stronger than before, recording his first 100-yard receiving game of the season. He made seven catches on eight targets for 111 yards, and scored the only offensive touchdown of the game on a 24-yard pass from Bailey Zappe.

“It felt great, honestly,” Meyers said. “Just being out there, I felt like I was smiling the whole game really just enjoying it again. I felt like a kid again being out there. That was just a special feeling, and we got the win so that was most important.”

Watching the game on TV and from the sidelines while he was out was boring, Meyers said. After weeks of preparing for his return, he felt happy to be back on the field in a game situation.

“I feel like every day coming in, I still had to prepare like I was going to play,” Meyers said. “Still sat in meetings. All I did was I didn’t travel, or step on the field. I feel like I was still trying to come in here and get better every day. If it was me in that situation what would I do? How would I run the route? It was a lot of mental reps. It’s not as fun but it still has to be done.”

Zappe was able to thread the needle of the Lions’ Cover 2 defense and hit Meyers for the touchdown with just under two minutes to go in the third quarter.

“It was a good play,” Zappe said. “We’ve been practicing that throughout the week. We got a lot of reps at it. Once we were able to see that coverage, go up solid, was able to find the hole in the spot and I was able to get him the ball. He did the rest.”

“Jakobi does a lot of great stuff for us, not just catching the football,” Andrews said. “I’ve got a lot of respect for how Jakobi blocks. He does a lot for our offense. Always a dependable guy, someone you know as an offensive lineman when you need some help with a block and go stick his face in a bar a little bit.”

When asked how he was feeling physically after his two week absence, Meyers said: