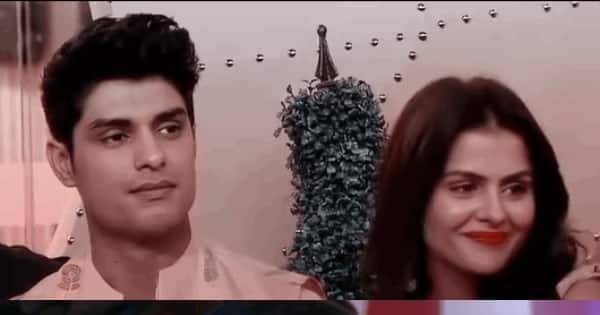 Bigg Boss 16 is keeping everyone hooked. The show that premiered on October 1 has already caught everyone’s attention. It is because of some of the big names are a part of it. Imlie star Sumbul Touqeer, Udaariyaan actors Priyanka Choudhary and Ankit Gupta, filmmaker Sajid Khan, World’s smallest singer Abdu Rozik, TV actress Tina Datta and many more are the contestants of Salman Khan’s show. Well, now Bigg Boss has also started playing his games. In the recent promo, we see Bigg Boss pulling up Ankit Gupta and Priyanka Choudhary. Also Read – Bigg Boss: Sajid Khan, Seema Parihar, Sampat Pal and more controversial contestants who were in news for wrong reasons

During the Weekend Ka Vaar, Salman Khan told Ankit Gupta that he is not being seen at all inside the house and it is coming across as a lack of interest. He is only talking to Priyanka Choudhary and otherwise, it is like he does not exist in the show. So today, contestants will face questions of the audience. Priyanka and Ankit will once again pulled up as a fan would say that they are not playing the game. Over this, Bigg Boss will sort of punish Priyanka. The actress has now been given a task that she has to ensure that Ankit speaks at least 1000 words a day. Also Read – Bigg Boss 16: Ankit Gupta fans worried about the Udaariyaan star’s lack of involvement and quiet attitude [Read Tweets]

On the other hand, a caller will also question everyone as to why they are treating Abdu Rozik as a child because he is not. Over this, Abdu will firmly say that he is not a kid and there is not place for a kid in this house. Also Read – Bigg Boss 16: Sajid Khan finds support from Payal Rohatgi; says, ‘Let him fight for his right’ while taking a dig at Mandana Karimi

Check out Bigg Boss 16 promo below:

Will there be a change in Ankit’s approach? Will Abdu game plan begin? We will have to wait and watch.