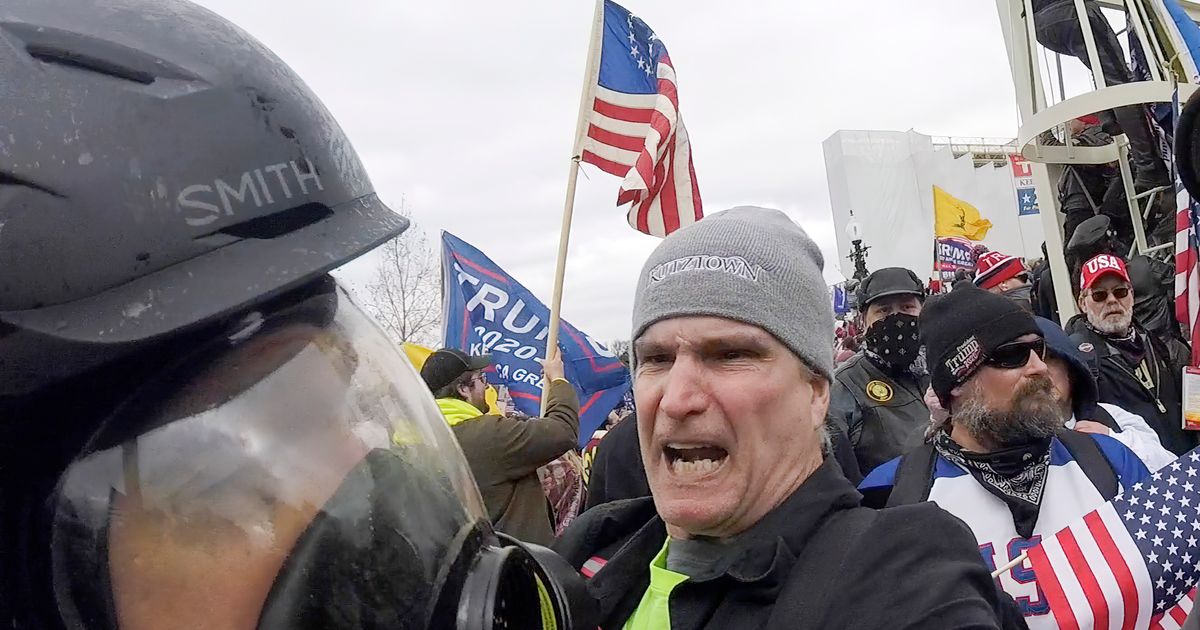 Federal prosecutors on Sunday recommended a prison sentence of approximately four years for a Pennsylvania man who pleaded guilty to assaulting an Associated Press photographer and using a stun gun against police officers during a mob’s attack on the U.S. Capitol.

U.S. District Judge Randolph Moss is scheduled to sentence Alan Byerly on Oct. 21 for his attack on AP photographer John Minchillo and police during the Jan. 6, 2021 riot in Washington, D.C.

Sentencing guidelines recommend a prison term ranging from 37 to 46 months. Prosecutors are seeking a sentence of at least 46 months of imprisonment followed by three years of supervised release. Byerly’s attorney has until Friday to submit a sentencing recommendation.

The judge isn’t bound by any of the sentencing recommendations.

Byerly was arrested in July 2021 and pleaded guilty a year later to assault charges.

Byerly purchased a stun gun before he traveled from his home in Fleetwood, Pennsylvania, to Washington for the “Stop the Steal” rally on Jan. 6. Leaving the rally before then-President Donald Trump finished speaking, Byerly went to the Capitol and joined other rioters in using a large metal Trump sign as a battering ram against barricades and police officers, prosecutors said.

Then he went to the Capitol’s Lower West Terrace of the Capitol, where he and other rioters attacked Minchillo, who was wearing a lanyard with AP lettering. Byerly is one of at least three people charged with assaulting Minchillo, whose assault was captured on video by a colleague.

After that, Byerly approached police officer behind bike racks and deployed his stun gun.

“After officers successfully removed the stun gun from Byerly’s hands, Byerly continued to charge toward the officers, struck and pushed them, and grabbed an officer’s baton,” prosecutors wrote.

Byerly later told FBI agents that he did just “one stupid thing down there and that’s all it was,” according to prosecutors.

“This was a reference to how he handled the reporter and nothing more,” they wrote.

Byerly treated Jan. 6 “as a normal, crime-free day, akin to the movie, ‘The Purge,’ when he could do whatever he wanted without judgment or legal consequence,” prosecutors said.

“He was mistaken,” they added.

More than 100 police officers were injured during the Capitol siege.

Approximately 900 people have been charged with federal crimes for their conduct on Jan. 6. More than 400 of them have pleaded guilty, mostly to misdemeanor offenses. Over 280 riot defendants have been sentenced, with roughly half sentenced to terms of imprisonment ranging from one week to 10 years.