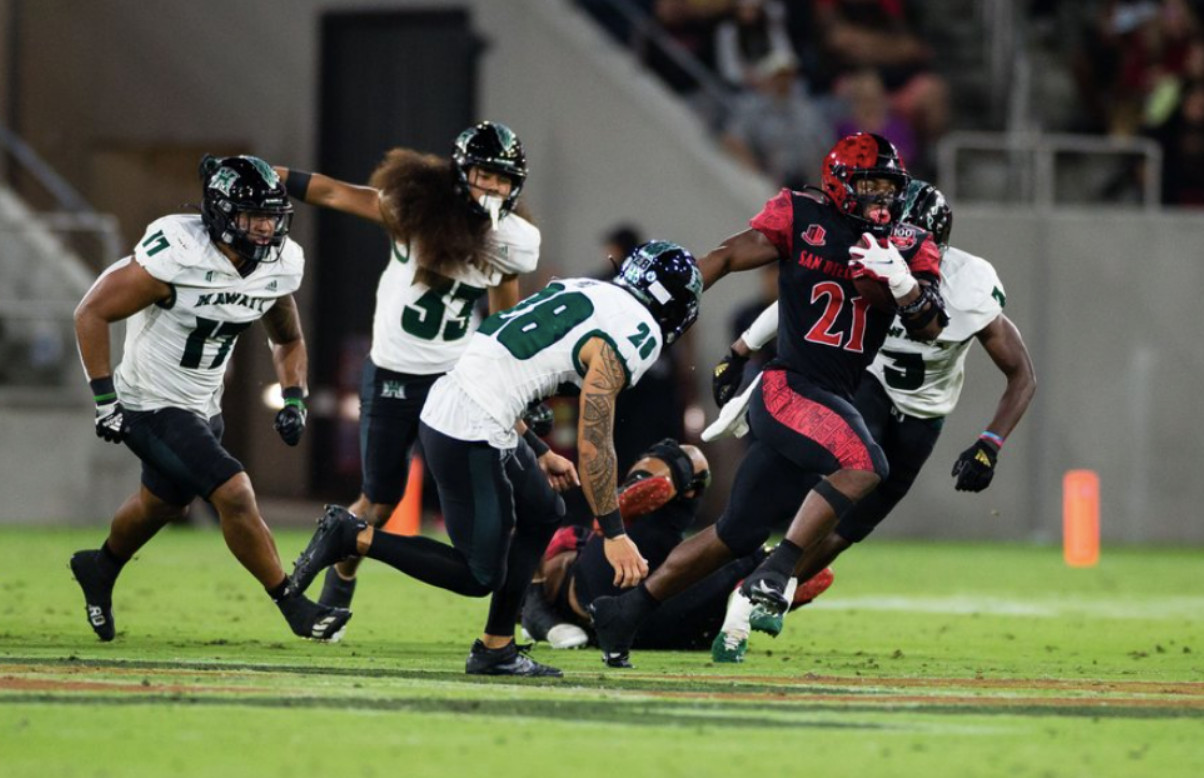 A chaotic week for San Diego State led to a late comeback and a 16-14 victory against Hawaii on Saturday at Snapdragon Stadium.

The changes paid off on Saturday – and how. With Braxton Burmeister sidelined due to concussion protocols, Mayden, the QB who converted to SDSU’s defense, threw for 322 yards on 24-for-36 passing, with one touchdown and no interceptions.

How does this compare to your peers? In five games, the Aztecs produced 328 passing yards.

Mayden thanked his teammates after the win for embracing him and believing in him despite his drastic changes. “We just started everything,” he told CBS Sports Network.

The teams played close together in the first half, until West Hills High alum Jack Browning paced the Aztecs (3-3, 1-1 in the Mountain West) with a 45-yard field goal with 39 seconds left in the second quarter. .

He added a touchdown to start the third quarter on a Mayden 15-yard pass to Jordan Byrd, who ran 13 yards for the score.

Hawaii responded with six runs to cut SDSU’s lead, 10-7. Browning extended the lead in the fourth quarter with a 30-yard field goal, but missed one from 31 yards out — his first miss of the season — with less than five minutes left to give Hawaii (1-4, 0-1 in the MW) the lead.

The Rainbow Warriors did not take any damage. Dedrick Parson broke tackles to complete a seven-play 22-yard run to give his team its first lead of the game, at 14-13.

Nor did Browning squander his chances of redemption. Mayden, who had 1:19 to move the ball upfield, did just that, with a 16-yard pass to Brionne Penny. So, with 10 seconds on the clock, the Aztecs turned to their big kicker and this time he nailed a 26-yard field goal for the win.

“That was the hardest hit he’s ever made,” head coach Brady Hoke told San Diego Sports 760.

With the win, the Aztecs head into their bye, then resume play on the road Oct. 22 against Nevada.