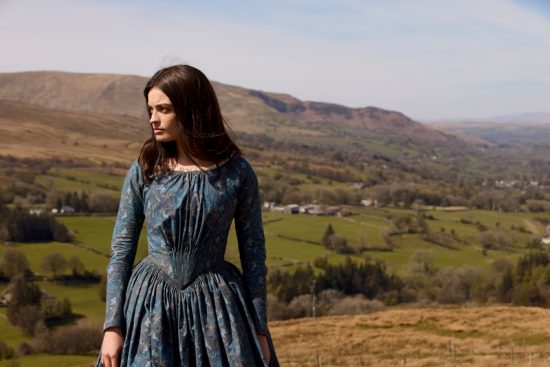 Emily Brontë’s Wuthering Heights has been a fixture of the school curriculum for years. While I may know much of the intricacies of the novel, Emily herself was always vague and mysterious. So, to see a film based entirely around her was intriguing and I’m glad to say, while it may not be historically accurate it is a fitting memorial to her and her work. The Queen of gothic romance inspires and guides this film through a mesmerising period piece.

Emma Mackey is sublime as Emily, displaying her range and cementing herself as an actor with a clear future. We are introduced to Emily perpetually daydreaming and imagining stories. Her childlike nature allowing a window into her mind and the wide-eyed curiosity against the bitterness of losing her mother. Her gift with stories and poetry leads her to take an interest in Mr. Weightmann (Oliver Jackson-Cohen) a new priest in the area whose gift with words during his sermons woos all the girls in the church.

As a period piece, all the elements are there. Rural life, bickering siblings and forbidden love, but it’s given the gothic touch Emily used well. The supernatural for example is brilliantly explored as Emily, her siblings and Mr. Weightmann play a game with a plain mask. It is possibly my favourite scene and it plainly lays bare their grief and anguish. The sharp soundscape, landscape and engrossing characters puts Emily as a cut above in the genre.

Emily struggles to fit in and secure employment, or spend a long time in large crowds leading her to return home after trying to work as a teacher. Back at home, she’s reunited with her brother Branwell (Fionn Whitehead) who has similarly dropped out of school. The two enjoy their freedom. Branwell proves to be a bad influence but also completely counter-culture for the time, taking time to drink, seduce and take opium. His opposition to the established norms draws inspiration from Emily Brontë’s character Heathcliff – a lovable rogue, the truest romantic and Byronic hero.

Fans of Wuthering Heights will spot the inspiration for the film from a mile away, but this doesn’t kill the suspense. The film moves briskly from scene to scene, almost stretching itself at over 2 hours long but it just about manages to avoid overstaying its welcome. A stirring, emotional tribute to Gothic literature, I can recommend this highly to all fans of Wuthering Heights.

Emily will be released nationwide on 14th October 2022 by Warner Bros. Pictures. 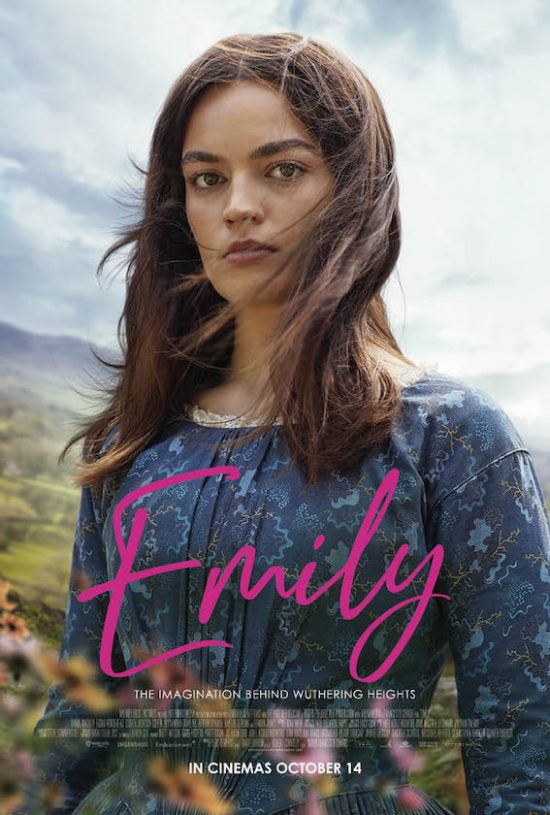