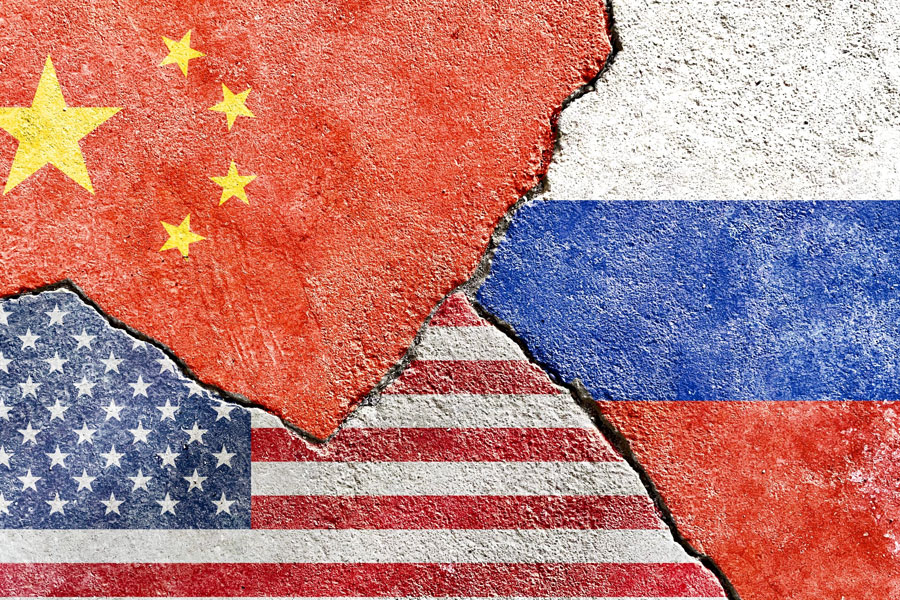 Do history books tell the truth, the whole truth, and nothing but the truth?

“History is always written by the winners. When two cultures clash, the loser is obliterated, and the winner writes the history books – books which glorify their own cause and disparage the conquered foe. As Napoleon once said, ‘What is history, but a fable agreed upon?” –Dan Brown

Note that I am not a military expert, a war historian, nor a politician. I’m just trying to make sense of the rise of global chaos pre and post the coronavirus crisis; the rise of woke culture; and the rise of tyranny in the United States. The following are questions I am hearing from various sources.

FREE DIGITAL SUBSCRIPTION: GET ONLY ‘FEATURED’ STORIES BY EMAIL

Big Tech is using a content filtering system for online censorship. Watch our short video about NewsGuard to learn how they control the narrative for the Lamestream Media and help keep you in the dark. NewsGuard works with Big-Tech to make it harder for you to find certain content they feel is ‘missing context’ or stories their editors deem “not in your best interest” – regardless of whether they are true and/or factually accurate. They also work with payment processors and ad-networks to cut off revenue streams to publications they rate poorly by their same bias standards. This should be criminal in America. You can bypass this third-world nonsense by signing up for featured stories by email and get the good stuff delivered right to your inbox.

Russia: Is Russian trying to confiscate territory to return to communism and the former Soviet Union agenda of world domination? Is Ukraine and Russia in cahoots to cipher mega bucks from the USA? And if so, is the mainstream media mafia broadcasting fake news. Is Russia trying to liberate regions where Russian citizens are discriminated against by Ukrainians and protecting their own borders? Is Putin showing he will not allow his country to be swallowed by the New World Order (aka, World Economic Forum, United Nations, World Health Organization)?

Dr. Steve Turley gives an interesting synopsis of Russia in relation to world events. Is Russia returning to the roots of Orthodox Christianity? Turley ponders, “It’s what scholars call retraditionalization, where more and more populations are rejecting Western liberal globalism and returning to nation, culture, custom and tradition.” It appears Russia is rejecting wokeness, cancel culture, and virtue signaling.

A 2021 article in The New American discusses China and the New World Order. “As China emerges from a primitive economy to an advanced economy, it now requires raw materials to create more finished products. This places it in direct economic competition with the countries of the West for the first time. As a result, it’s not only colonizing Africa in its search for raw materials; it’s now colonizing the United States.”

USA: Is the USA in cahoots with China and the New World Order against Russia because Putin will not be absorbed into a one-world government. Is Team Biden (aka, the Deep State cabal) trying to provoke Russia into World War III?

Who damaged the Nord Stream pipeline? “Video of President Joe Biden saying that he would “end” the Nord Stream 2 gas pipeline has resurfaced after Nord Stream 1 and 2 were damaged in what’s been described as an act of sabotage.”

According to a 2022 article in The Federalist, “Since the conflict in Ukraine and Russia began, high-profile elites have demanded that the United States back Ukraine President Volodymyr Zelensky with finances, food, weaponry, and even the threat of war against Vladimir Putin, but this is out of step with the will of the people.”

In a 2015 article in New American, journalist Alex Newman surmised, “With the help of Western globalists, China is actively pursuing a leading role in the New World Order…From Beijing to Moscow and Washington, D.C., to London, globalists are all openly pushing for this new order, which is essentially just a euphemism for world government.”

Sometimes I wonder what would happen if every single soldier on the planet put down their weapons and refused to go to war; and every citizen supported the soldiers and a peace movement; and every person in both sovereign and communist nations stood together to refuse war. What would the mighty military generals and powerful politicians do?

Alas, too many megalomaniacs, psychopaths, and narcissists run the world for peace to occur without the return of Jesus Christ, the Prince of Peace. But what about “peace on earth” as the angels proclaimed when Jesus was born? Jesus’ initial ministry did not bring peace to humankind; however, He promised eventual peace when He returns and reigns (Micah 4:2-4; Isaiah 2:4).

Say what you want about brazen Donald, but there were NO new wars under the leadership of President Trump. Furthermore, he proclaimed, “The future does not belong to globalist. The future belongs to patriots. The future belongs to sovereign and independent nations who protect their citizens, respect their neighbors and honor the differences that make each country special and unique.”

“Americans concerned about the danger must get educated, organized, and activated. If they do not, a Communist Chinese-style “New World Order” may well become a reality, while liberty and sovereignty disappear,” declared Alex Newman 7 years ago.

Citizens, the time to unite is now. The time to pray is now.