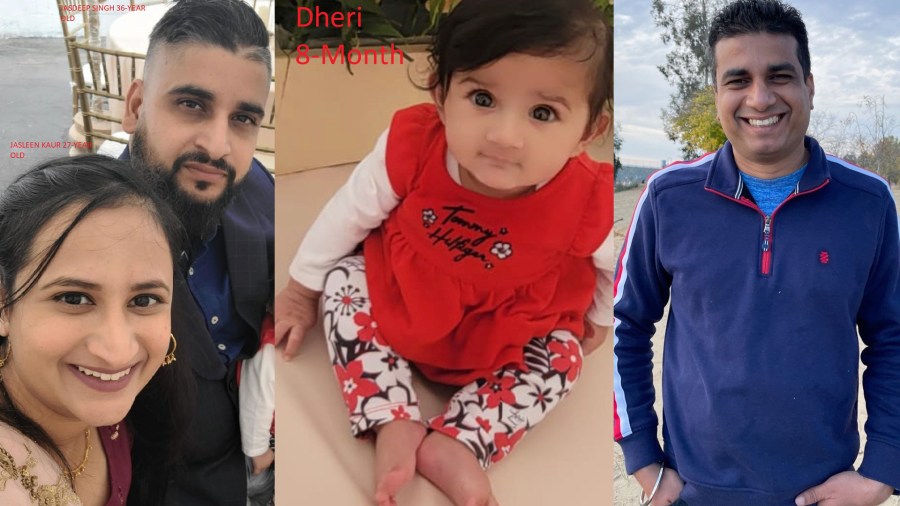 MERCED, California.KSEE/KGPE) – Relatives of a California family of four — including an 8-month-old baby — who were kidnapped Monday are pleading with the kidnapper to let them go.

A woman and cousin spoke out less than 24 hours after their relatives were kidnapped from their family-owned business, Unison Trucking, in Merced, which is located roughly 130 miles east of San Francisco and is sometimes referred to as “Gateway to Yosemite.” .”

“Please think about us, I’m begging you before the people who took my family away, please let them go safely,” said Jaspreet Kaur, whose husband is missing.

My husband, brother-in-law, sister-in-law and niece are gone and my niece, she is only an 8-month-old baby and there is no food with them.

Kaur says her husband, 39-year-old Amandeep Singh, was due to go to work that morning around 8:00am. It wasn’t until 11:00 a.m. that they got a call from the business saying no one was at the front desk. she said

“I tried to call him many times around 11:45, but his phone is going straight to voicemail,” Kaur added. “Think about that little girl, she’s only 8 months old.”

Merced Sheriff Vern Warnke said, “We have a low life out there that kidnapped an 8-month-old baby, her mother, her father and her uncle. So far we have no idea why the kidnapping, we have no motivation behind it. . ”

The sheriff’s office said all available resources are being used to track down the family members, who were taken against their will.

“We’ve got detectives looking, we’ve got planes looking for evidence. People are going to be working 24 hours on this until we rest,” the sheriff said.

The family begged the suspect to let them go. “We just want him to bring us our family safely,” Jaspreet said. “We don’t care what’s going on or what happened, but please let those people go and let them come to us safely.”

Authorities said the suspect is armed and dangerous and warned the public not to approach him, but to contact the Merced County Sheriff’s Office immediately.