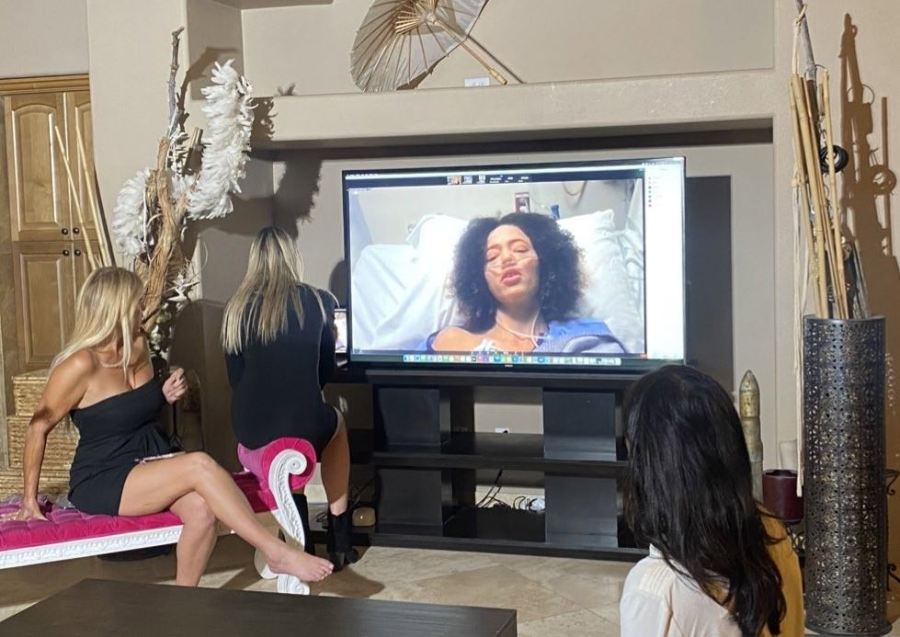 Hours after being stabbed and left with a punctured lung, Anna Westby shared her harrowing story with Nexstar’s KLAS.

“I’m screaming, I’m asking everyone for help,” Westby recalled through tears. “He grabbed me, stabbed me in the back and then ran away.”

Westby was one of four showgirls attacked Thursday morning when police say 32-year-old Yoni Barrios walked up behind them and killed her friend Maris DiGiovanni, who was stabbed in the chest.

“I got up and started running,” recalls showgirl Victoria Caytano. “And I started yelling, ‘He’s got a knife!’

Caytano had just started work and was only on her ninth shift when the worst happened. She is now home from the hospital, but emotionally, she said, she is not well.

“I just couldn’t believe this was happening to me,” Caytano said, recalling that she, too, was stabbed.

A tight-knit group managed by Cheryl Lowthorp, owner of Best Showgirls in Vegas, is now unsure how to move forward after 12 years of security in the business.

“This is a safe job, there are police everywhere,” Lowthorp said. “No place is filmed more than the Las Vegas Strip.”

The group told KLAS they are now focusing on being there for each other and remembering DiGiovanni.

They are also currently grappling with the idea of ​​something so terrible happening out of sight.

“Knowing that someone could do something like that without ever being provoked, it makes me question everything,” Westby said.

Lowthorp has started a GoFundMe to help all the girls affected by this tragedy, and DiGiovanni’s family has also started a fundraiser for her funeral expenses.