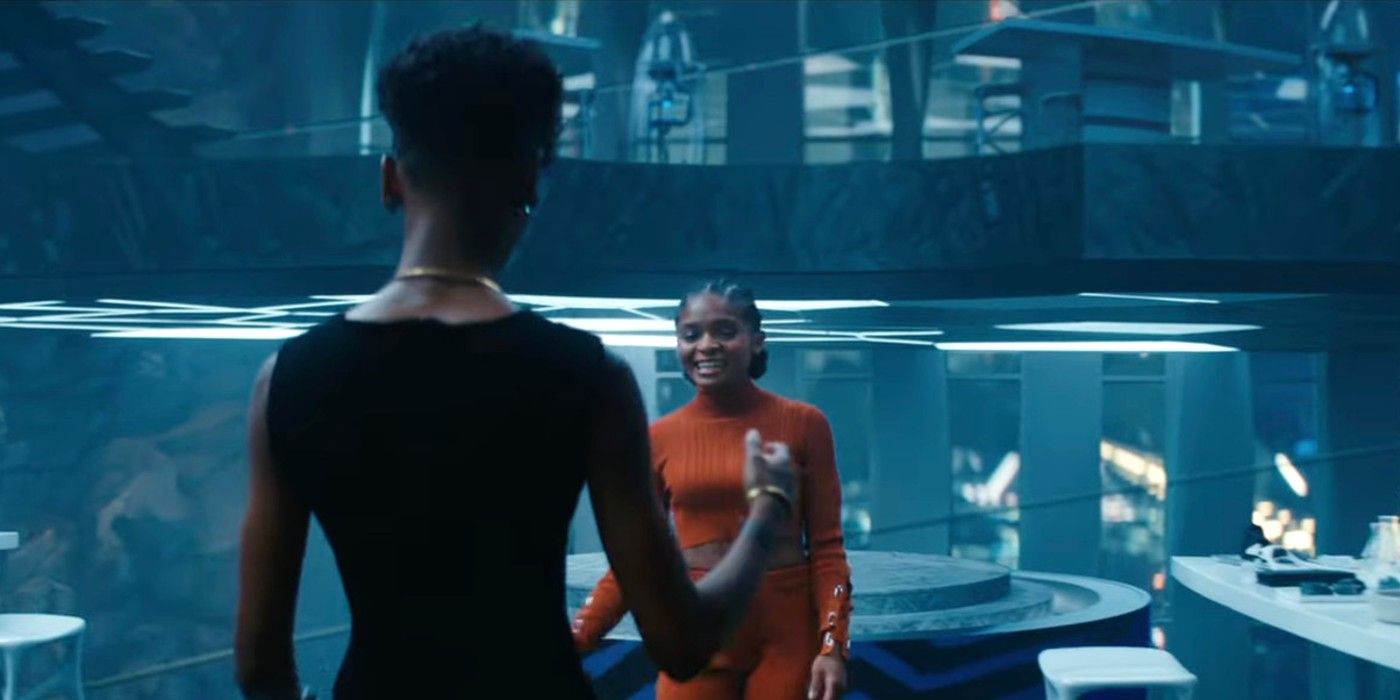 Contents hide
1 How Ironheart Is Important To The MCU’s Future
1.1 Key Release Dates

Black Panther: Wakanda Forever director Ryan Coogler teases the dynamic between Shuri and Riri. Letitia Wright’s Shuri is one of many Black Panther characters returning in the upcoming sequel, along with Nakia (Lupita Nyong’o), Okoye (Danai Gurira), M’Baku (Winston Duke), and Ramonda (Angela Bassett). Following Chadwick Boseman’s death, Shuri’s role in the sequel was expanded, and it is widely believed that T’Challa’s sister will be the one to assume his mantle as the next Black Panther.

Other than its returning cast, Black Panther: Wakanda Forever will also be introducing some new major characters to the Marvel Cinematic Universe. Chief among them is the movie’s main villain, Namor (Tenoch Huerta), the King of the Atlantis-like kingdom of Talocan who leads an invasion of Wakanda. Coming to the fictional African nation’s aid in the film is Riri Williams (Dominique Thorne), a brilliant young inventor who builds a suit of armor similar to Tony Stark’s and becomes known as the superhero Ironheart.

Related: Black Panther 2: Why Wakanda Is At War With Atlantis

During a recent interview with EW about the new Black Panther: Wakanda Forever trailer, Coogler teases the dynamic between two characters set to play important roles in the MCU movie – Shuri and Riri. The director says the sequel deals heavily with “foils — people who exist in contrast, but there’s a thread of similarity,” which will be represented by the dynamic between the two characters. Read what Coogler said below:

The film deals with a lot of things, but one of them is foils — people who exist in contrast, but there’s a thread of similarity. In this film, we get to see Shuri meet someone who has some things in common with her, but is also very, very different.

How Ironheart Is Important To The MCU’s Future

Of all the new characters introduced in Black Panther: Wakanda Forever, Riri might be the most important to the future of the MCU. Following her debut in the sequel, she will star in her own eponymous Disney+ series, Ironheart, premiering late next year. Considering she is a certified super-genius who builds a suit of armor similar to Iron Man’s, she could actually end up filling the giant, Tony Stark-size void that has existed in the MCU ever since Robert Downey Jr.’s beloved character sacrificed himself at the end of Avengers: Endgame. However, those are certainly some big shoes to fill.

Despite her overall importance to the MCU’s future, not much is known specifically about her role in Black Panther: Wakanda Forever, though Coogler’s recent comments begin to peel back the mystery. In the MCU movie, Shuri and Riri will have much in common, considering they are both following in the footsteps of beloved heroes – Shuri seemingly as the next Black Panther, and Riri taking on an Iron Man-like role. The differences between the two characters will become more apparent when Black Panther: Wakanda Forever premieres in theaters on November 11.

Next: Does Ironheart Have Hulkbuster Armor? Black Panther 2 Tease Explained