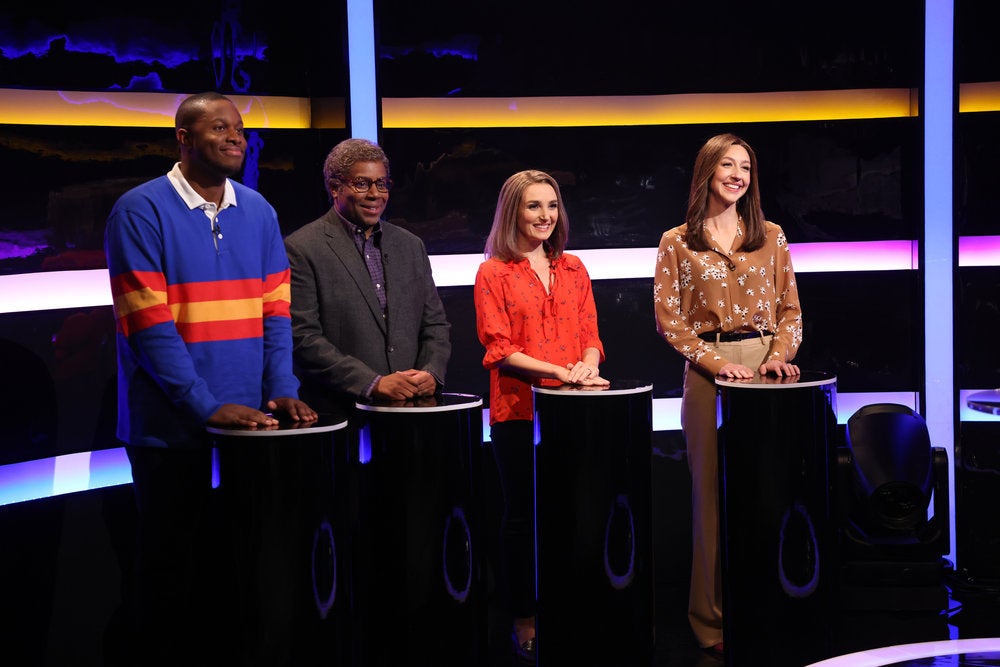 “Saturday Night Live” is back for the second episode of the season, hosted by Brendan Gleeson with musical guest Willow.

SNL struggled with high cast turnover this seasonincluding the departures of Kate McKinnon, Pete Davidson, and Aidy Bryant, and had a quiet season opener last weekend.

“So You Think You Don’t Snap”

Last night’s episode jumped right into discussing some of the week’s biggest headlines with a game show-style sketch called “So You Think You Won’t Snap.” Host Bowen Yang read the contestants (Heidi Gardner, Chloe Fineman, Keenan Thompson and Devon Walker) pieces of news to see how long it would take to “snap.”

The cast members caught news like Kanye West’s fashion week appearance, Herschel Walker supporting a total abortion ban before being accused of inciting an ex-partner to have two abortions , and the new trailer for Super Mario Bros. Fineman “snaps” after being told that Mario is voiced by Chris Pratt in the film – “He’s supposed to be Italian!”

Brendan Gleeson’s monologue ended with an appearance by Colin Farrell, Gleeson’s co-star in “In Bruges” and the upcoming “The Banshees of Inisherin.” Gleeson is recognized for his roles in films of the past decades such as “Braveheart” and “Harry Potter”. The Irish actor also appears in the upcoming “Joker” sequel, “Joker: Folie à Deux,” with Joaquin Phoenix as Joker and Lady Gaga as Harley Quinn.

The second sketch of the night took on the Try Guys scandal – Try Guy Ned Fulmer was let go from the show after the news that he cheated on his wife with an associate producer of the show. The news points to another Boston-based scandal from last month: Celtics suspend Ime Udoka after an “improper relationship” with a female colleague. The sketch poked fun at the news media’s tendency to be preoccupied with cheap pop culture news.

Another sketch featured Chloe Fineman as Marilyn Monroe, a nod to “Blonde,” the new drama that follows the fictional life of the iconic actress. Fineman read increasingly brutal and misogynistic fan letters, alluding to it critics that the film fetishizes Monroe’s suffering.

Willow performed the songs ‘Curious/Furious’ and ‘Ur a Stranger’, both from her new emo/pop punk inspired album ‘COPING MECHANISME’.

Ego Nwodim played “Black Ariel” for a conversation with Jost, in which he joked, “I don’t call you Colin white to your face.” Rookie of the season Marcello Hernandez had a moment in the spotlight when he came out to discuss the MLB playoffs. “The newcomer, Marcello Hernandez, on Update, has the ‘It’ factor. I don’t know baseball, but I couldn’t stop watching,” said former cast member Victoria Walker Entertainment Weekly.

A sketch in the back half of the show had Gleeson and Mikey Day making a blood oath as ancient tribal leaders. Gleeson’s accidental deep cut prompts a classic blood splatter scene, evoking some classic SNL skits like Dan Aykroyd’s. Julia Child little