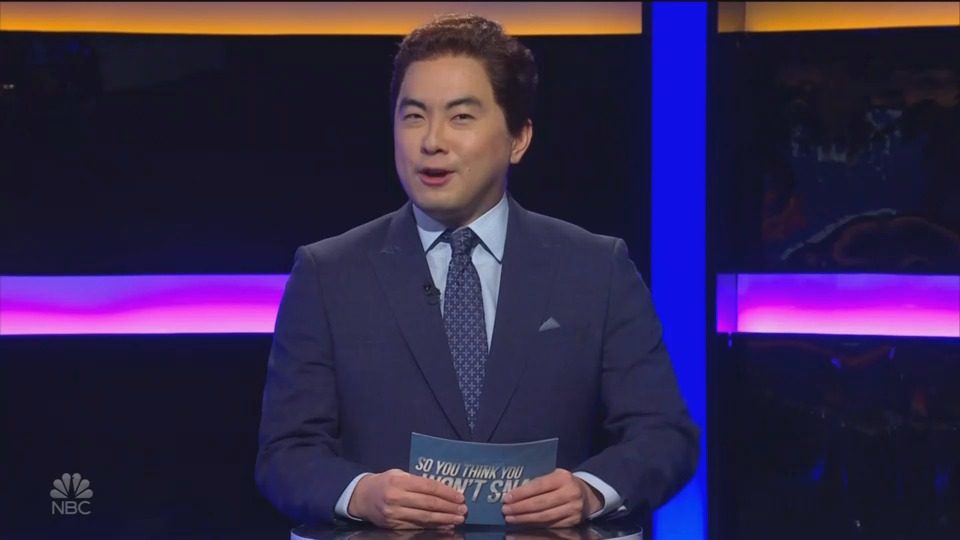 Bowen Yang starred in the opener as a game show host for “So You Think You Won’t Snap,” a program which features contestants being read real-life headlines in an attempt to make them snap, whether that means breaking a glass or punching an assistant. Also in the sketch was Heidi Gardner as a yoga teacher who is forced to watch a video of President Joe Biden talking about his mental state on CNN; Chloe Fineman as a an apolitical mom outraged by Chris Pratt’s voice acting in the “Super Mario Bros” movie; Kenan Thompson as a contestant who loses it at the very mention of Elon Musk; and Devon Walker as a contestant who is confronted by a barrage of negative news involving Kanye West. Watch the sketch below.

The Oct. 8 episode was hosted by Irish actor Brendan Gleeson, whose co-stars with Colin Farrell in the upcoming Martin McDonagh comedy “The Banshees of Inisherin.” Gleeson, who is gaining Oscar buzz for his role in the film as a man living in a small Irish community, promoted the episode with a memorable behind-the-scenes promo that featured him skating through the sketch comedy show’s Studio 8H set. His opening monologue saw Colin Farrell stop by for a guest appearance.

The episode also featured Willow as the musical guest, performing songs from her newly released album “Coping Mechanism.” The Oct. 15 episode will feature rapper Megan Thee Stallion pulling double duty as host and musical guest, with future episode lineups to be announced at a later date.

Created and executive produced by Lorne Michaels, the long-running sketch comedy series is produced by Broadway Video and SNL Studios and distributed by NBCUniversal Television and Streaming. The show broadcasts live nationwide on NBC at 8:30 p.m. PT/11:30 p.m. ET on Saturdays. In addition, starting with this season, episodes are available the next day on NBCUniversal’s streamer Peacock.