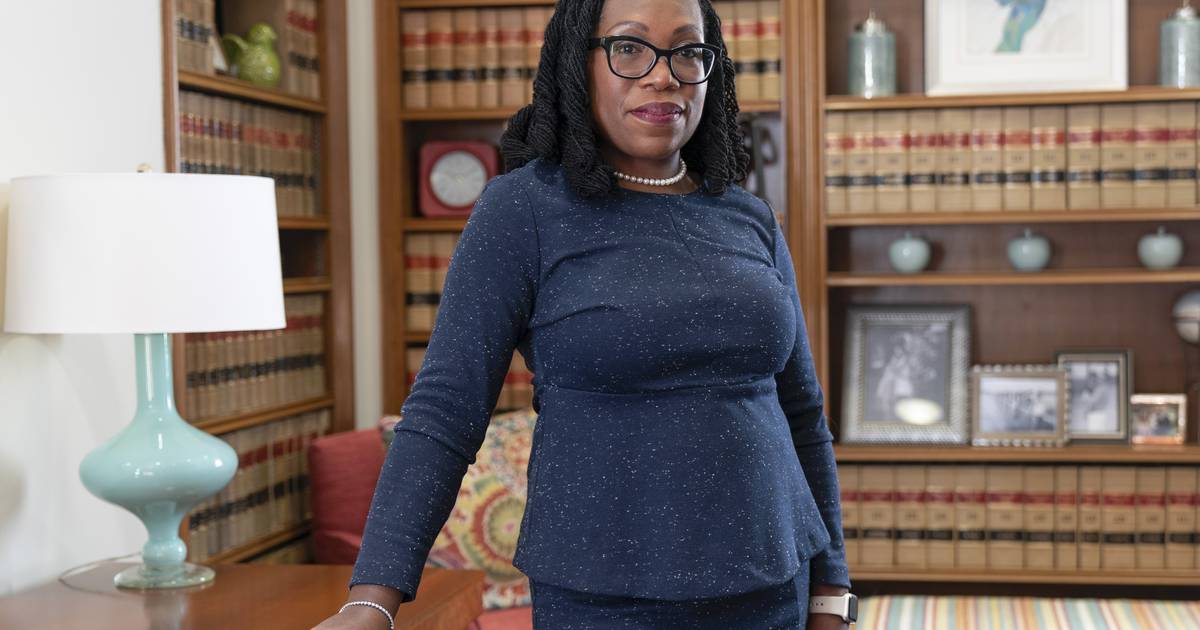 Conservatives on the court, in a 5-4 vote in February, blocked a lower court ruling that would have required a second majority-Black district in time for the November election. A similar decision to create an additional Black majority district in Louisiana was also blocked.

On his second day in office, Jackson clearly broke the claim that the 14th Amendment, which became the legal basis for the civil rights movement, was supposed to be race neutral.

“The framers themselves adopted the equal protection clause of the 14th Amendment in a race-conscious manner,” Jackson said. “They were, in fact, trying to make sure that people who were discriminated against, (the freed former slaves), were actually treated equally.”

the first Black woman to sit on the nation’s highest court insisted that the primary purpose of the order after the Civil War was to empower freed Black slaves to overthrow a system of brutal white oppression.

“That’s not a race-neutral or race-blind drug,” Jackson said confidently.

Justice Jackson told the Alabama solicitor general that the Framers of the 14th Amendment did NOT intend for it to be “race-neutral or race-blind,” so considering race to protect minority voting rights is perfectly constitutional. Progressive originality of work. pic.twitter.com/aCXAq2CnJu

The court’s three liberal justices, Elena Kagan, Sonia Sotomayor, and Ketanji Brown Jackson strongly pushed back against Alabama’s arguments. Kagan called the Voting Rights Act not only “an important piece of legislation” but “one of the great achievements of American democracy” while acknowledging that recent Supreme Court cases have struck down the law. “Now, in recent years, the law has not been good in this court,” he said.

“The framers recognized that people … based on their race were treated unequally,” Jackson pointed out. “And essentially, if there’s a concern that (it) doesn’t have a constitutional foundation, that’s when the 14th Amendment kicks in.”

The arguments were the first Supreme Court case involving race for Jackson. A challenge to affirmative action in college admissions is set for arguments on October 31.