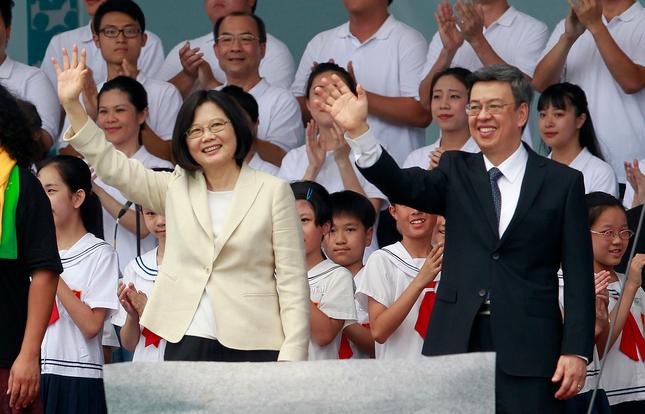 Taiwan President Tsai Ing-wen will pledge to strengthen the island’s economy and deepen ties with democratic allies in a National Day speech on Monday, amid the risk of a global recession and after unprecedented military drills by China.

Tsai will say that building resilience requires a strong economy, and will propose policies to contain inflation, stabilize financial markets, ensure the security of key infrastructure, and the net-zero transition, according to an outline of her National Day speech.

She will also say Taiwan needs to strengthen the transparency of information and forge internal consensus on a free and democratic system. The president will reiterate Taiwan’s determination to strengthen its defense capabilities to uphold regional peace and stability.

Taiwan has signaled it’s taking the potential threat from Beijing more seriously after unprecedented military drills that followed U.S. House Speaker Nancy Pelosi’s August trip to the island. China has sent warplanes and military vessels near Taiwan on an almost daily basis since the controversial visit, which it said violated Beijing’s territorial claims over the self-governing democracy.

Last week, Taiwan’s Defense Minister Chiu Kuo-cheng said there are plans to extend the four-month national mandatory military service this year, which may be insufficient as “threats from the enemy are now severe.” He warned as well that Taiwan would now treat flight incursions from the People’s Liberation Army into the island’s airspace as a “first strike” following closer flights by Chinese warplanes and drones.

Monday’s events, which mark the founding of the Republic of China, the formal name for Taiwan, are set to include a national parade. Warplanes will fly over the presidential office and advanced jet trainers will release colorful smoke plumes in an aerial display, according to the official Central News Agency.

Taiwan is expected to be a major issue at China’s twice-in-a-decade congress for its ruling Communist Party, which is set to begin Oct 16. Chinese President Xi Jinping is widely expected to secure a precedent-breaking third term in power at the landmark event, and may come under greater pressure to bring Taiwan under Beijing’s rule.

Tsai will also be tested at Taiwan’s midterm elections in late November, where her Democratic Progressive Party will seek to hold onto key mayoral seats against the main opposition party, the Kuomintang.