Why so serious, Barry? A recent interview with British GQ has revealed that the audition video that British actor Barry Keoghan created for Matt Reeves has been online for years. But we’ve only discovered it just now! In Matt Reeves’ The Batman movie from earlier this year (still one of our favorites), the final scene at Arkham Asylum reveals another prisoner in another nearby cell close to Paul Dano’s The Riddler. He has green hair and a big, scary smile – though his name is never revealed in that final scene. We all know it was The Joker, a teaser for things to come much like how Batman Begins ends with a Joker card hint as well. The talented young actor Barry Keoghan stars in the role, appearing on screen for less than five minutes (along with this deleted scene). How did he get the gig? Well, Keoghan has revealed his audition video – shot in a hallway by DP Angie Sciulli. With make-up and a top hat + cane costume, he casually strolls down the hallway and then back – with just a bit of blood on his face. You can check it out below. Don’t forget to smile. 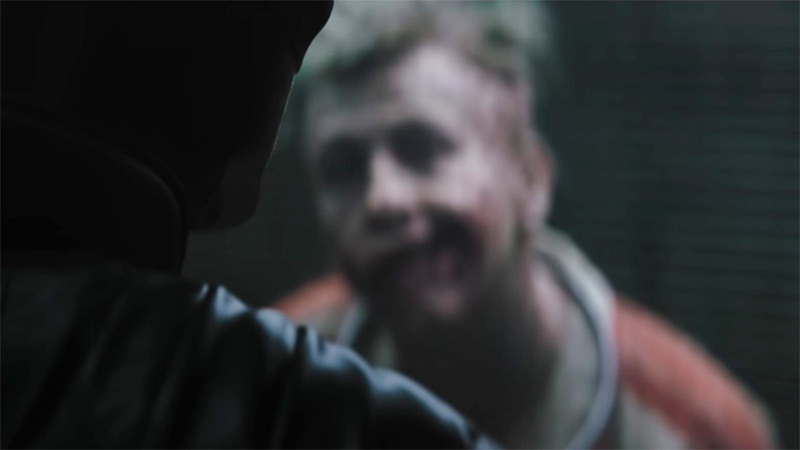 Thanks to British GQ for the tip on this audition video. It comes from a recent article published on Barry Keoghan, profiling the actor and his performances – he discusses the role: “Beneath heavy prosthetics that make him look like a maniac run through a meat grinder, Keoghan insisted his blue eyes stayed the same. ‘I wanted some sort of human in there behind the makeup,’ he says. ‘I want people to relate to him… [to know] this is a façade he puts on.’ The character is, to Keoghan, ‘a broken-down boy’… Recently, Keoghan texted Reeves a listicle that rated the best Jokers put to screen. ‘There were seven and I was number four,’ he says, grinning. ‘Lads, with four minutes of screen time, not bad eh!?’ Keoghan has not yet been invited back for a sequel but the character, kept under wraps and revealed only when audiences finally saw it in theatres, feels like the set-up of something bigger. ‘As soon as that call comes,’ he insists, ‘I’m there man, I’m there.‘ In the meantime, he’s hellbent on securing a part in Taika Waititi’s Star Wars movie. ‘I’m tryna meet him,’ he quips, ‘I’ve been askin’ everyone.'” You can watch that deleted scene here. Who wants to see Barry return?