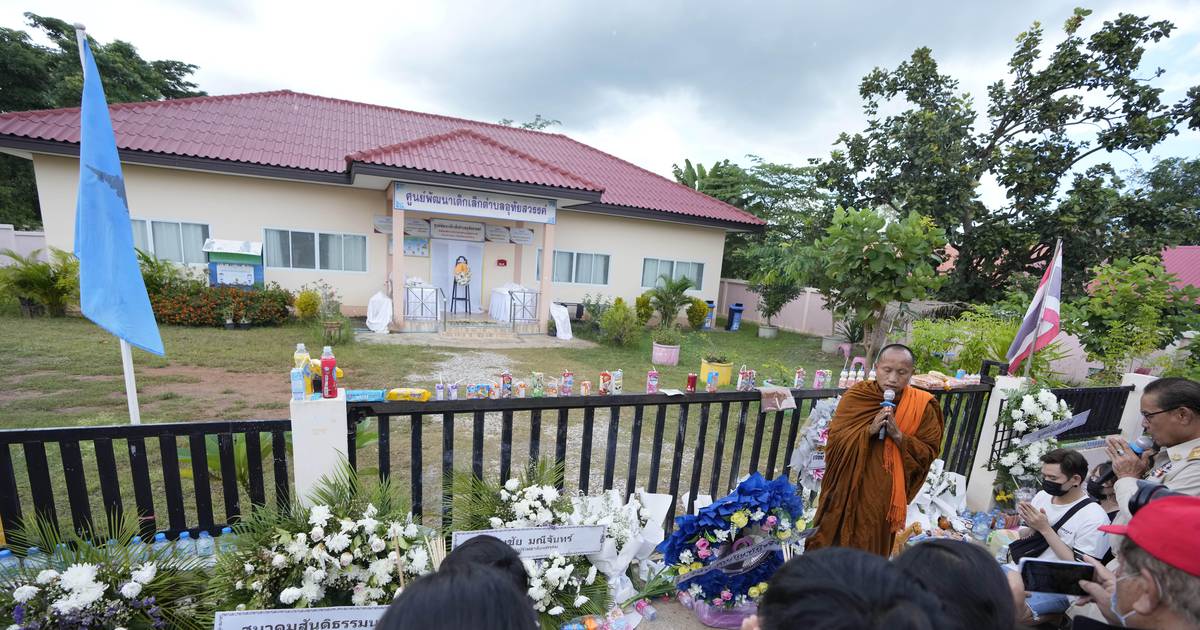 Thai police are investigating a report that CNN crew improperly entered the day care center while reporting after the massacre In the building that left more than 20 children dead, authorities said Sunday.

Danaichok Boonsom, the head of the local town administration, told reporters that he had submitted his report alleging unauthorized entry into government property and that the police were investigating.

“Let the legal process take its course, I don’t want to reveal all the details,” he said as he left the Na Klang district police station in northeastern Thailand. “Let the police do their job of investigating.”

Authorities began investigating the accident after a Thai reporter posted a photo on social media of two crew members leaving the scene, one climbing the low wall and fence surrounding the compound, above the police bar, and the other already outside.

CNN tweeted that the crew entered the building when the police cordon was removed from the station, and three public health officials exiting the building told them they could film inside the building.

“The team collected footage inside the center for 15 minutes, then left,” CNN said in its tweet. “During this time, the hoop was put back in place, so the team had to climb the fence in the center to leave.”

The tweet was in response to Criticism of the Foreign Correspondents Club of Thailandwho said she was “dismayed” by CNN’s coverage and the decision to film the crime scene indoors.

“This was unprofessional and a serious breach of journalistic ethics in covering the crimes,” the FCC said.

The Thai Journalists Association criticized CNN’s actions as “unethical” and “insensitive”, and called for an internal company investigation into the incident in addition to the official Thai investigation.

Get updates on the coronavirus pandemic and other news as it happens with free email breaking news alerts.

In a subsequent statement, CNN International Executive Vice President and General Manager Mike McCarthy confirmed that his reporters had sought permission to enter the building, but that the team “now understands that these officials are not authorized to grant such permission,” adding that it “never was theirs.” intent to break any rules.”

He said CNN had stopped broadcasting the report and had removed the video from its website.

“We deeply regret any distress or insult that our report may have caused, and any inconvenience to the police at such a difficult time for the country,” he said in the statement posted to CNN on Twitter.

Deputy National Police Chief Surachat Hackparn said the two journalists had entered Thailand on tourist visas, which have now been rescinded. He said they were being held pending expulsion from the country, but declined to give further details.

Surachate later told reporters that the investigation was not over yet, but the crew appeared to have been waved to the center and thought they had permission to enter, making it likely that they would only be fined for working while on their tourist visas and sent home. .

In Thursday’s attack, police said 36 people, including 24 children, were killed by a former police officer who was fired earlier this year on drug charges and was due to appear in court on Friday.

As the worst massacre of this kind ever, The attack drew widespread international media attention to the small town of Uthai Sawan in the country’s northeastern rural areas. By Sunday, a few remained, but a large number of Thai media continued to report from the scene.