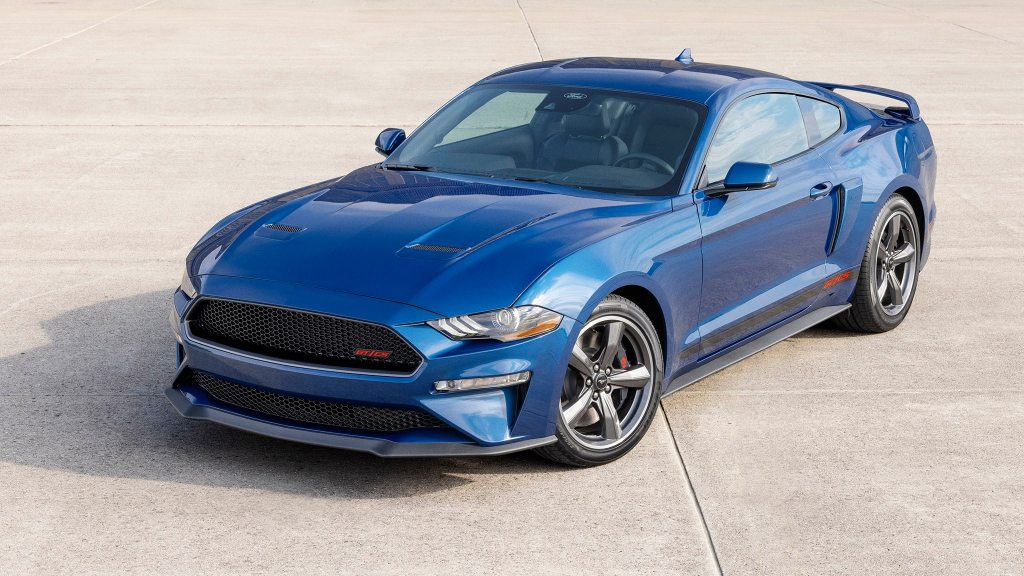 The Bottom Line: What is a Mustang? The Mustang is a series of American automobiles manufactured by Ford. In continuous production since 1964, the Mustang is currently the longest running Ford car name. Currently in its sixth generation, the Mustang is Ford’s fifth best-selling nameplate, and it’s the only car that Ford builds and sells today.

After the Model A, the Ford Mustang became the company’s most successful car model. Some call it the Ultimate Classic Car. The Mustang was a design trend, creating a new class of car, called the Pony Car. The Mustang sports a small rear deck, and a long hood. Today the Mustang comes in 2 flavors, gas or electric.

Ford plans to keep the next generation of the original pony car around for eight more years, when it debuts as the 2024 Mustang, and production begins in mid-2023. The eight-year lifespan for the next Mustang is the same as for the current model. .

This week Ford sent me a 2022 Mustang EcoBoost Premium Edition Coupe to test drive and review. The base window sticker price for this model is $32,225. Options on the test car are: the first trim and accent group for $2,700, the active valve exhaust system for $1,225, the white ice appearance package for $1,995, and the player AM/FM CD and HD radio for $995.

Manufacturer’s suggested retail price MSRP, including destination charge of $1,195, is: $40,335. After adding in state and local sales tax, plus DMV and dealer fees, the total price out the door and into your garage came to: $45,377. Not bad, as the average transaction sale price for a new car is now at $48,000, and climbing every day.

Today you can buy a nice sports pony car as long as Ford still makes the Mustang. And since they named their new electric car the Mustang Mach-E, you can bet the Mustang name will be around for another 58+ years, and probably forever.

The Mustang press car is powered by a 2.3L Liter EcoBoost engine that makes 310 HP horsepower and 350 lb.-ft. of torque with turbocharger, direct injection and double independent variable cam. The engine is bolted to a 6-speed manual transmission, and it’s RWD rear-wheel drive. This is the same old school transmission line created over 100 years ago! Put the engine in front, then a stick transmission in the middle, with a driveshaft, going into a rear axle assembly. Simple and easy to drive, modify and enjoy. The Mustang has always been a hot rod at heart, and that continues today.

Of course, this is 2022, not the 1960s, so modern technology, design and amenities are all over the car. Let’s start with an engine with 310 HP that gets 21 MPG in the city, 20 MPG on the highway and 24 MPG in combined driving. Then add Ford’s safe and smart electronics, adaptive cruise control, a voice-activated touchscreen with navigation, heated and cooled front seats, the active valve exhaust system, a set of 19″ alloy wheels, a set of 19″ alloy wheels. LED tail lamps with sequential turn signals, and a performance rear wing. Now you have the look to go with the 6-speed transmission to spin the gears, open the exhaust pipes, and cruise the highways in search of adventure.

Mustang is America’s favorite sports car and is the most popular sports car in the world.

What’s more, it’s an objectively very good car, it has options for every price point, and models for every level of performance. The Ford Mustang sells more than 100,000 units worldwide every year, and that is why it has been at the top of the sales charts, year after year.

From a base Mustang, to a Mustang convertible, to the Mustang GT, to a Shelby Mustang, and finally, to the all-electric Mustang Mach-E, Ford has a Mustang for almost everyone, regardless of budget, engine, l ’emissions, or driving preference. Mix all those factors into a car with a 5 Star Safety Rating, and you have a great, safe ride.

When you’re ready to buy a new sports car, the Mustang should be at the top of your ride and drive list, as it’s one of the best-selling sports cars in America. Call, click or visit your local Ford dealer for a test drive, and Bottom Line price review, on the 2022 Mustang Premium Coupe. And remember that the base price for a new Mustang starts at just $27,470. Ford – Go further.

Be smart, stay safe, and just breathe. Remember, “You are what you drive” © And perhaps, for these reasons alone, you should “Drive one, Buy one, Today”©.

This Bottom Line new vehicle review is a “Nut & Bolt and Dollars & Sense” editorial © provided by Tony Leopardo. “Tony the Car Guy”© is an automotive writer, editor and publisher in the San Francisco Bay Area. If you have a question or comment for Tony, email tonyleo@pacbell.net and visit AutoWire.Net at www.autowire.net