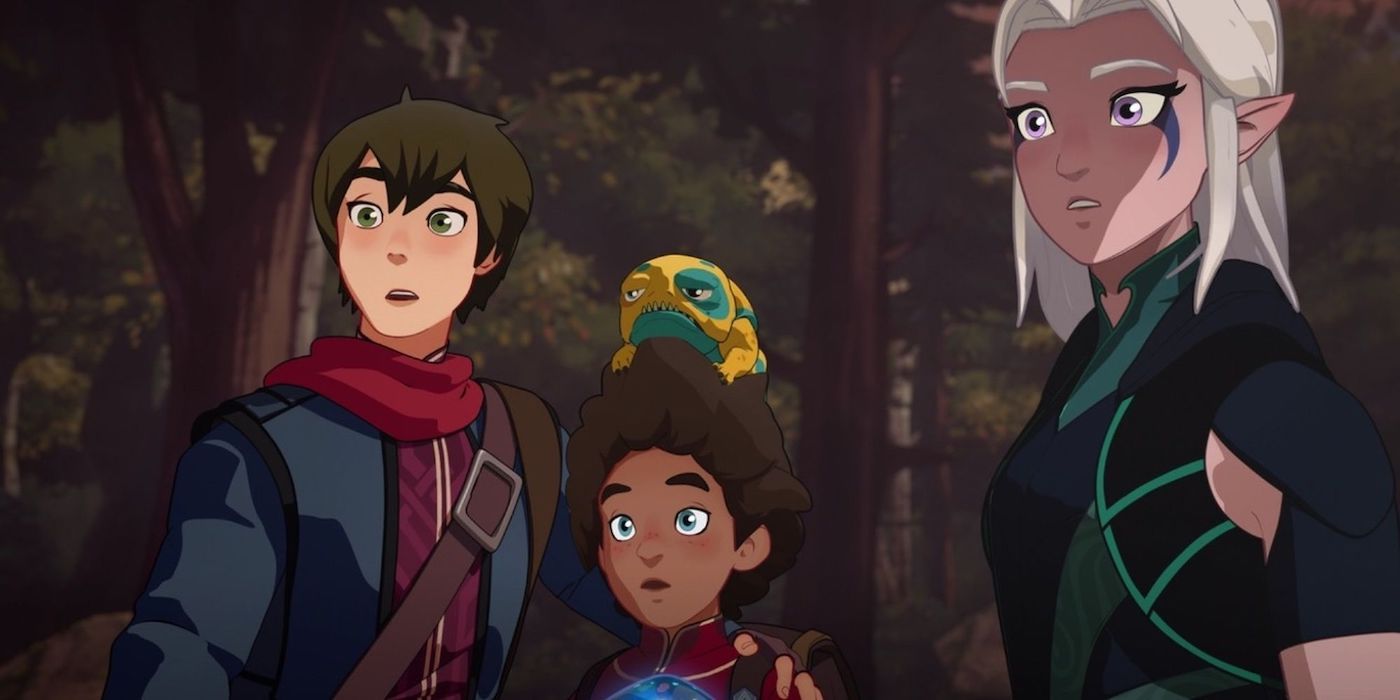 After three years away from our screens, Netflix’s hit series, The Dragon Prince is set to return on November 3. Now ahead of its return, Netflix has released a full-length trailer teasing what to expect when fans return to Xadia next month.

The trailer opens with Viren, who fell to his death at the end of Season 3, as Claudia informs him that he has been dead for two years. As the trailer progresses, she reveals to her father that the spell will only bring him back for 30 days, but Aaravos, Viren’s mysterious friend, will be able to save him, as such they need to find him. For much of the series, Viren served as the primary antagonist, while Claudia, in a very complex role, was a secondary antagonist of sorts. Though seemingly kindhearted, Claudia is loyal to her father and carries out his bidding without question. Claudia and Viren are undeniably powerful dark mages in their own right, but adding Aaravos to the mix will make them even bigger forces to contend with. With this season being subtitled as The Mystery of Aaravos, the mysterious elf mage will definitely be a big player in Season 4.

The trailer also introduces us to an older King Ezran as he announces the Dragon Queen will be coming to Katolis and will be bringing her son – and Ezran’s former travel buddy – Zym, with her. However, despite this mini-reunion, Callum is unable to celebrate due to Rayla’s absence. We also get a glimpse at a grown and much larger Zym, as well as many familiar and new faces as the action kicks off in the trailer. Ezran also wisely explains how violence is a great hindrance to the peace and love we all want and deserve. But in its most exciting note, the trailer concludes with the return of Rayla as she announces, “so much has happened since then”, before telling Callum, who is still very much in love with her, that he looks “nice”.

The trailer leaves a lot to unpack, but it also assures fans that we’re in for an action-packed season. What’s more, the trailer serves as a testament that three years away has not stunted the show’s quality in any way.

The Dragon Prince follows Prince Callum, Prince –later King– Ezran, and Rayla – an elf assassin, as they attempt to return the titular Dragon prince to his mother. The fourth season will be particularly interesting to watch unfold as humans, elves and dragons now live together in peace after centuries of war. It would take a very powerful enemy, as Aaravos has been teased to be, to threaten that peace.

The series was created by Aaron Ehasz and Justin Richmond, and stars Jack De Sena as Callum, Paula Burrows as Rayla, Sasha Rojen as Ezran, Jason Simpson as Viren, Racquel Belmonte as Claudia, Jesse Inocalla as Soren, and Erik Todd Dellums and Aaravos. Back in 2020, Netflix renewed the series for four more seasons, which means fans of the show have three additional seasons to look forward to after Season 4 premieres.

The Dragon Prince is set to finally return to our screens with nine episodes on November 3. Until then, check out the trailer for Season 4 below: