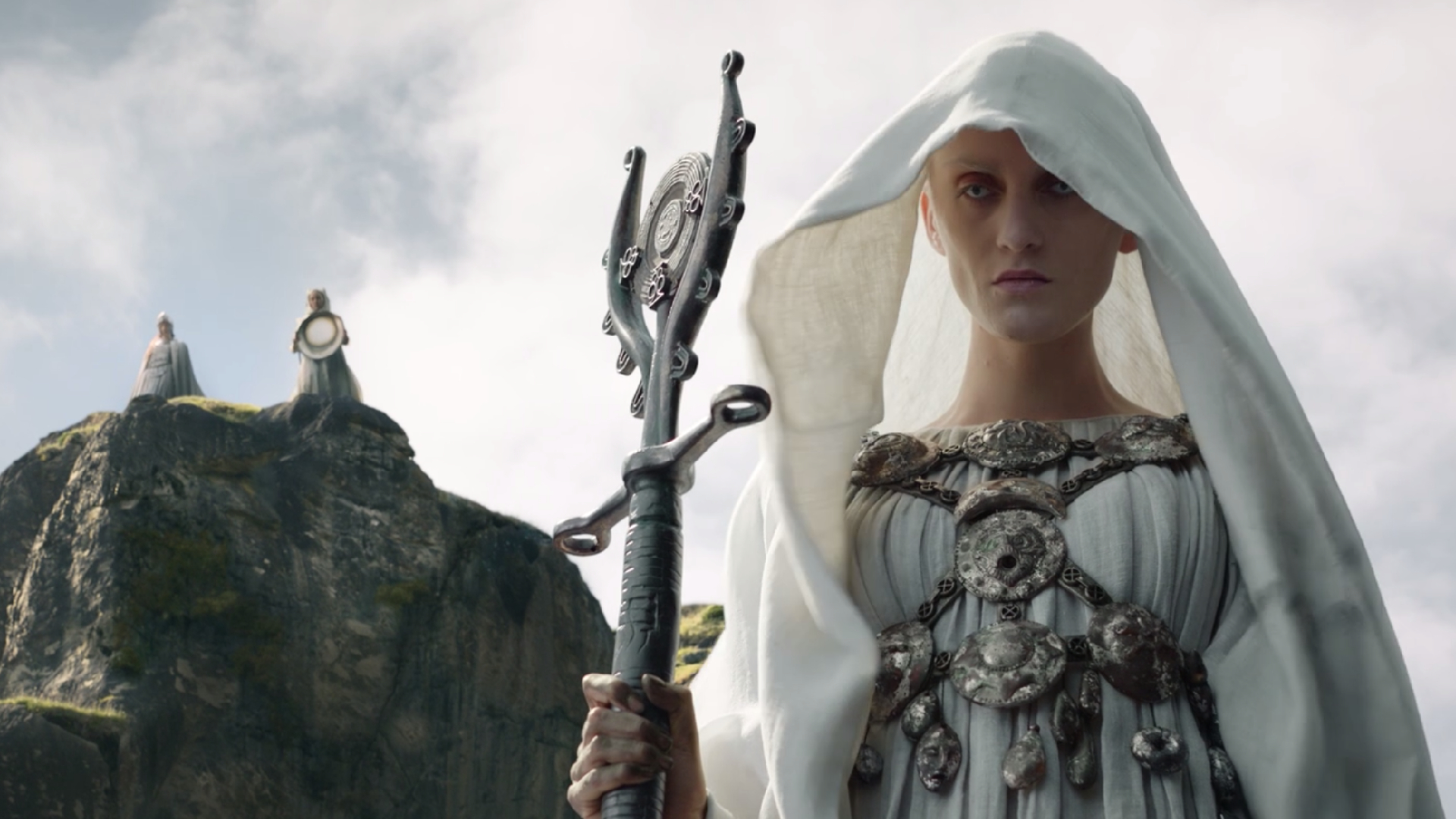 The Lord of the Rings: The Rings of Power/Amazon Prime

There are only two episodes left in the first season of Amazon Prime’s The Lord of the Rings: The Rings of Power, leaving the show with achingly little time to resolve its many mysteries.

Some of the tantalizing breadcrumbs scattered throughout season one’s first six episodes are likely intended to last far past the show’s debut season, but fans have long expected several major reveals before the final episode comes to a close. The reveal of Sauron is inarguably the major mystery of season one, but a number of other characters and plot points have been piquing fan interest for weeks. Like the trio of strange, hooded figures who made their malevolent debut a few episodes back, or the powerful, befuddled Stranger who fell from the sky.

Thankfully, it seems the penultimate episode of Rings of Power will deliver at least some additional information about this collection of unknowns. A teaser for episode seven shared on the official Rings webpage hints toward a deeper look at the trio of hooded figures, and one fan believes the next episode will center around them, their purpose, and the increasingly powerful Stranger.

Fans are convinced that the mysterious mystics have something to do with the next step in Sauron’s plan, but they have absolutely no idea how they’ll tie into the story. Are these some kind of dark priestesses? Or something even more insidious?

These questions and more quickly overtook fans’ minds as they eyed the shared image, as well as kurakauo’s note that the next episode of Rings will “be focused on these 3 mystics and the Stranger.”

It makes sense, given that the trio appears to be seeking the Stranger, but their purpose has yet to be revealed. They could be hoping to join him, kill him, or question him, and fans are desperate to know which it is. They quickly took to the comment section to share their own theories, and dub the mystics “Slim Very Shady and her stans.”

A huge number of mysteries have yet to be revealed in Rings of Power, but the question of the cultists and their connection to the Stranger should get some answers in the next episode. Fresh episodes of Rings premiere on Amazon Prime on Fridays, in the wee hours of the morning for most state-side viewers, delivering intriguing answers — and plenty more questions — with each new release.