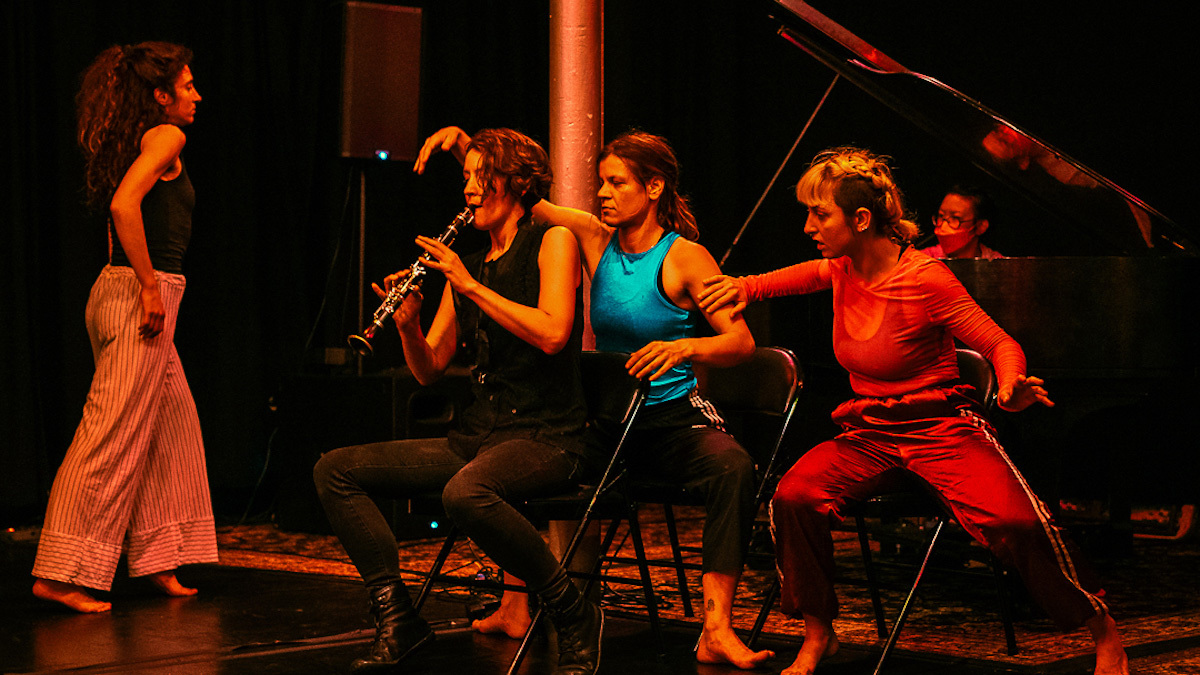 Last October, musician and curator Emily Beisel began booking the monthly Pleiades series at the address Elastic Arts, which focuses on femme and non-binary performers — and follow their sets with impromptu jam sessions that can involve audience members, a practice meant to “build community and connection between female improvisers from diverse backgrounds.” Over the past year, notable bookings have included noise band Bimbo Rococo, co-founder of Casa Al-Fatih Lyn Ryea duet between saxophonist Molly Jones and a new music pianist Mabel Kwan, and the pairing of poet and sound artist Annie Grizzle and violinist Johanna Brock. On Friday, October 28, the series is celebrating its first anniversary with a set by an oboist and installation artist from Nashville Robbie Lynn Hunsinger (a former full-time Chicagoan) and the debut duo of a local multi-instrumentalist and singer Macie Stewart and saxophonist and composer from Los Angeles Patrick Shiroishi. Female and non-binary musicians who would like to jam in the second set are encouraged to email pleiades@elasticarts.org in advance – space is limited.

The B-side of Pleasant Mob’s first single is a cover of 1980s Scottish duo Strawberry Switchblade.

Chicago singer-songwriter Matthew McGarry first made his mark on this wolf with fearless, big-hearted indie rock released as Upholstery and carpet cleaningbut for the past seven years he has been making music as Boss IV. He moved to the suburbs after the pandemic hit, so power-pop latches onto a new one Greatest Chicago Hits balance the city’s place in his heart with the serenity he found in the natural spaces of his new home.

Greatest Chicago Hits was recorded and mixed in Antioch, Illinois – practically in Wisconsin.

Last week, Chicago indie rocker Pete Cautious went down Garden of the Gods, his third full-length since 2019. Cautious has an ear for cool vibes, and his laid-back, airy guitars could convince you it’s still summer. His aspirations clearly go beyond making music to listen to by the pool – the wiry bassline and widescreen synths of “Sundrops” sound like the music of someone who wants to headline festivals.