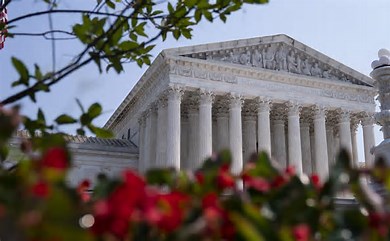 TRUENEWSBLOG – The U.S. Supreme court just started a new term and there are some serious cases in the court calendar. And If Roe v Wade is any indication the 6 conservatives in the court will most certainly overturn decades of precedent from Affirmative Action in higher education to Voters right and LGBTQ rights.

The high court will hear two cases this term that could determine the constitutionality of race-conscious admissions policies and the decision could fundamentally reshape higher education across America.

The high court will hear both cases on Oct. 31. The group Students for Fair Admissions, which says its mission is to help “restore colorblind principles to our nation’s schools, colleges and universities,” has brought both lawsuits, asking the court to preclude any consideration of race as a factor in admissions.

The plaintiffs argue Harvard’s policy violates Title VI of the federal Civil Rights Act, which bans racial discrimination in institutions that receive federal funding. Harvard responds that it does not discriminate against Asian American applicants, argues that the plaintiffs are citing misleading statistics, and contends that race-conscious admission policies are legal. Both the district court and the U.S. Court of Appeals for the 1st Circuit upheld Harvard’s admissions policy.

The second case, Students for Fair Admissions v. University of North Carolina, argues that UNC’s consideration of race in admissions not only violates Title VI, but also violates the Equal Protection Clause of the 14th Amendment, which extends to public universities.

The plaintiffs argue UNC discriminates against white and Asian applicants by awarding “racial preferences” to Black, Hispanic, and Native American students because they are classified by the school as underrepresented minorities.

UNC responds that its policies are lawful and are intended to build a diverse, holistic student body.

If the Supreme Court strikes down the admissions policies at Harvard or UNC, it would overturn decades of precedent. In 1978, the Supreme Court ruled in Regents of the University of California v. Bakke that it is legal under the Equal Protection Clause of the 14th Amendment for schools to consider race as a factor in their admissions policies, because fostering classroom diversity is a compelling state interest.

That decision has been repeatedly upheld, most recently in 2016’s Fisher v. University of Texas at Austin, in which Abigail Fisher, a white woman who was rejected by the University of Texas, challenged the school’s consideration of race in its undergraduate admissions system.

The Supreme Court ruled that the University of Texas’ policy could stand. (Fisher founded Students for Fair Admissions, which brought both affirmative action cases this term, along with her father and conservative legal strategist Edward Blum.)

The writer is a former New York prosecutor and a civil rights attorney.