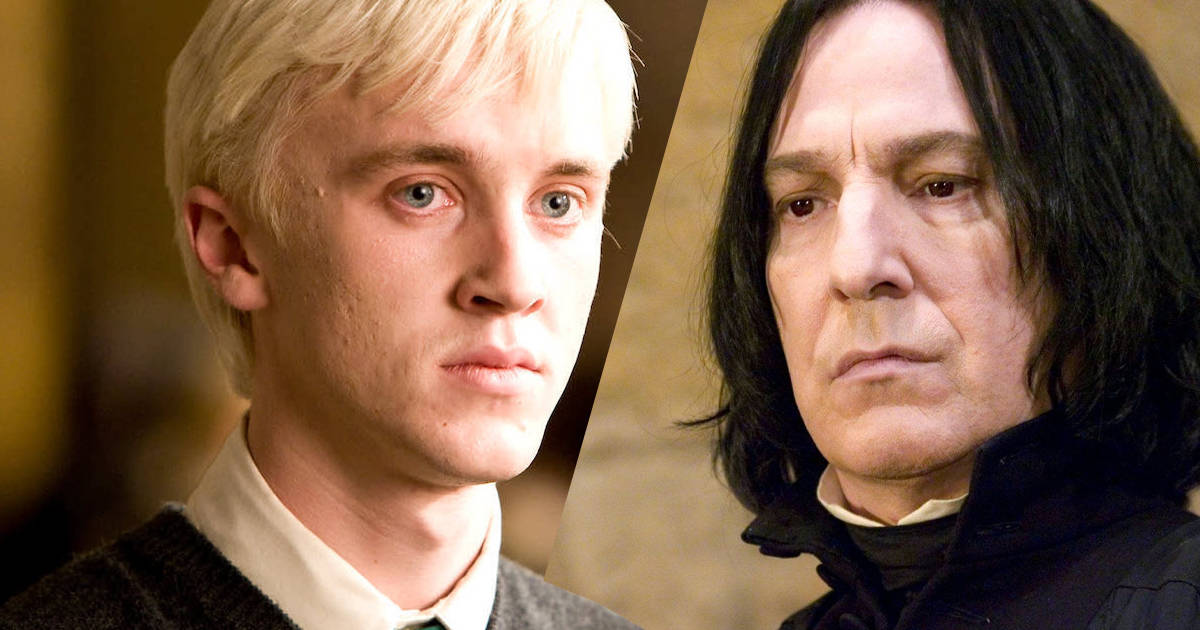 Forget wizards and dementors and quidditch. Actor Tom Felton, who played Draco Malfoy in the Harry Potter series, has revealed what may be the most magical behind-the-scenes tidbit of all: when Alan Rickman cursed at him for flubbing a take.

Tom Felton revealed on Instagram that on the set of Harry Potter and the Half-Blood Prince, he ran afoul of none other than Snape. During one take, Felton accidentally stepped on Rickman’s Snape cloak, blowing the shot. “Eventually, I was told in no uncertain terms by Alan Rickman: ‘Don’t step on my fucking cloak’…[I] sort of giggled. Death eaters and I looked at each other and thought, ‘Is he joking?’ It quickly became apparent: he’s totally not joking.” Imagine looking to Lord Voldemort’s minions for consoling–that’s how scary Alan Rickman could be on set.

Apparently, director David Yates requested Tom Felton move in a little closer for the next take, evidently just fine with Draco Malfoy being murdered by Snape. However, it was another unnamed cast member that stepped on it this time.

Tom Felton has previously said that Alan Rickman was both “terrifying in the most pleasant way” yet “very, very kind.”

Alan Rickman, whose diaries were recently made available, didn’t mention much of his co-star there, but did briefly note he was starting a new “working relationship” with Tom Felton. Hey, every relationship has its bumps.

Considering some of the controversy surrounding J.K. Rowling and the franchise, it’s nice to hear a story that adds a little extra charm to it. It may have made Tom Felton have to run to the loo at the time, but it’s the sort of anecdote that keeps the franchise human.

Tom Felton will likely have more fun stories in his upcoming memoir, “Beyond the Wand: The Magic and Mayhem of Growing Up a Wizard”, which is due out on October 13th.