“I really tried to push good music, good new music.” Levefilm in Canada has revealed an official trailer for a Toronto documentary titled Drop the Needle, marking the feature debut of filmmaker Rob Freeman. It is premiering at the Hot Docs Film Festival this fall, hence the trailer out not to build some pre-fest buzz. Drop the Needle tells the story of the Toronto-based record store, Play De Record (see Google Maps), and how it became a hub for underground music lovers across Canada. In August 1990, Eugene Tam opened a small family-run record store on Yonge Street – it quickly became a magnet for college radio and club DJs. Known as an essential hub for up-and-coming dance, hip-hop and EDM, and a vital part of Toronto’s underground music ecosystem. And it’s still around today!! Visit whenever you’re up in Toronto. This looks dope!! A trip back in time to the 1990s Toronto music scene while also telling the story of this funky little shop on Yonge. 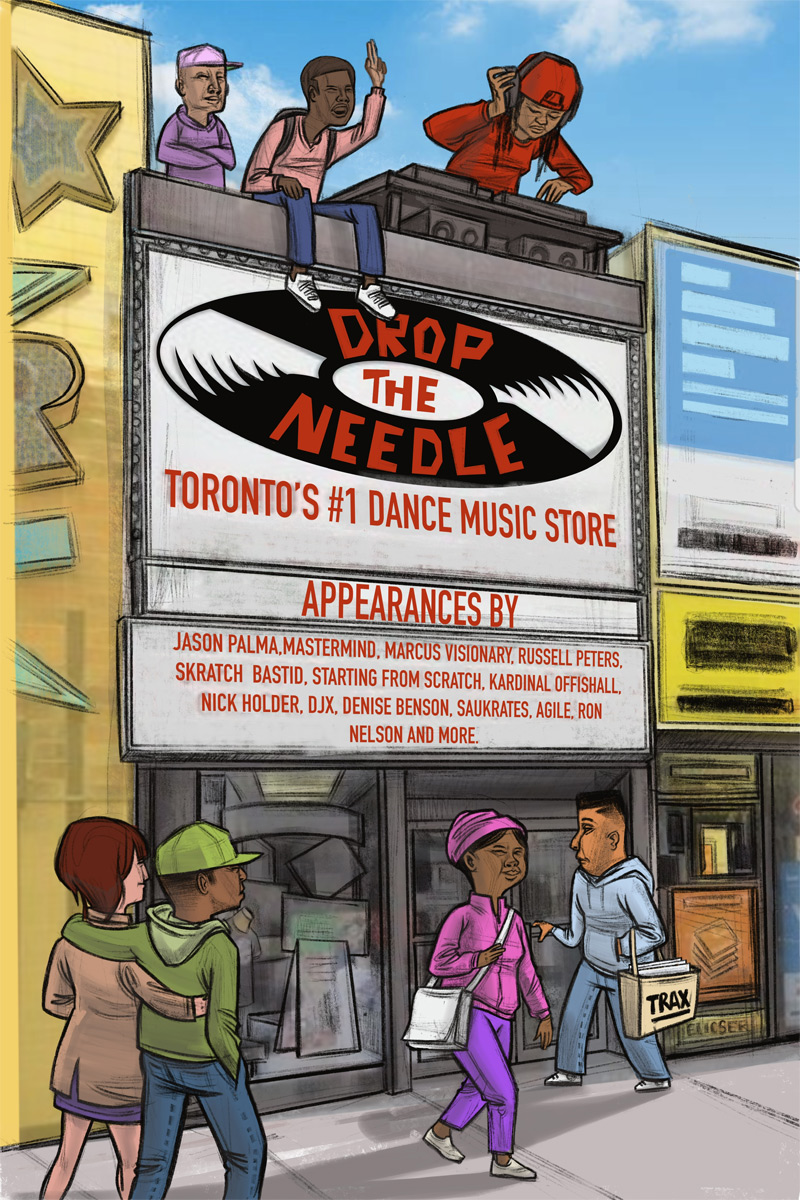 In August 1990, a record store opened on Yonge St. in Toronto that quickly began serving the needs of college radio and DJs who spun new sounds far from the mainstream. Through the contagious work ethic and guidance of founder Eugene Tam, organically it became the hub for “Dance” music and the genres which emerged from under that umbrella, fueling and fostering Hip-Hop and Electronic culture. Today its impact today on Toronto and by extension Canada is without question. This is the story of Play De Record. Drop the Needle is directed by Canadian filmmaker Rob Freeman, making his feature directorial debut after working as producer and editor on the doc film The Long Night previously. Produced by Neil Acharya and Rob Freeman. This is premiering soon at the Hot Docs Film Festival in Canada – no official release dates are set yet. For more info on the doc, visit the film’s official website. Anyone been over to this record store?