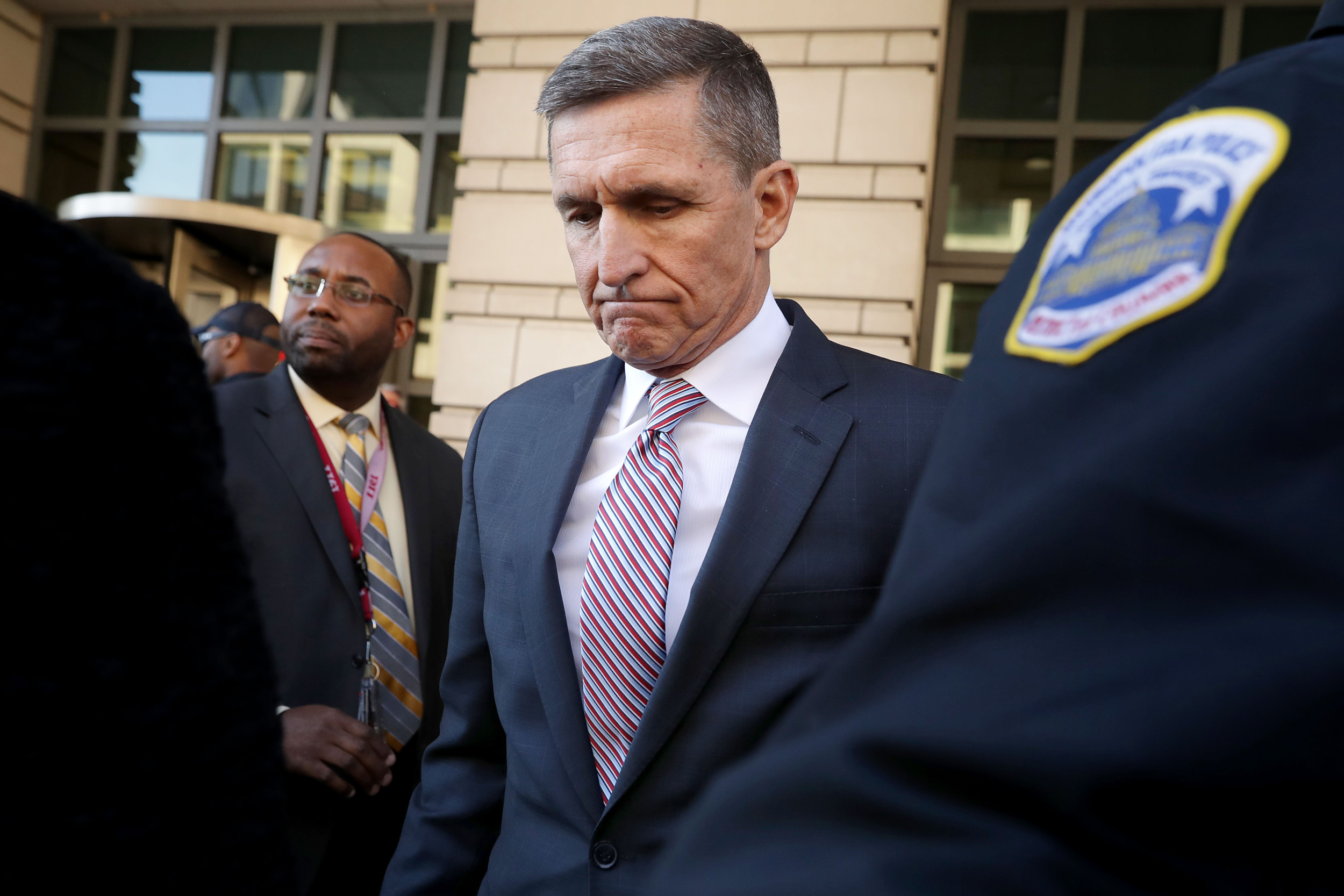 Flynn previously served as a lieutenant general in the U.S. Army before taking on the role of national security adviser in the early days of the Trump administration. He resigned from the position amid a controversy over his communications with a Russian ambassador and has been generally noted for his strong connections to Russia throughout his various careers.

On Saturday, Flynn appeared on the conservative, pro-QAnon web series, “The Mel K Show,” where he discussed the ongoing conflict between Russia and Ukraine. In a clip shared to Twitter by left-leaning pundit Ron Filipkowski, the former Trump official offered strong praise for Russian President Vladimir Putin and Security Council Deputy Chairman Dmitry Medvedev, calling them “bold leaders who have everything at stake in terms of protecting their country.” Flynn also derided Zelensky, calling him a “foolish person, a dangerous fool.”

As of Saturday morning, the clip shared by Filipkowski has been viewed over 550,000 times on Twitter and has been shared by the likes of The New York Times senior reporter Maggie Haberman and The Atlantic writer Tom Nichols. The latter said that, while Flynn’s public statements are not worth refuting given his controversial past, his continued pro-Putin stances are nevertheless alarming.

“There’s no point in refuting anything Flynn says, but it’s always important to report that a three-star U.S. general is fanboying for a Russian regime that has threatened the use of nuclear weapons in Ukraine,” Nichols tweeted.

In March, less than a month after Russia invaded Ukraine, Flynn made a post to his official Telegram account in which he claimed that Ukraine’s independence is not an important issue for the United States.

“I want our White House to clearly and simply articulate the national security interests the United States has given the situation in the Ukraine,” Flynn said. “Ukraine being an independent nation is a worthy goal for Ukraine, but Ukraine’s independence is not vital to the United States. Ukraine is not a member of NATO, and, as things stand with the vast expansion of NATO, we now have 28 other nations to defend if only one of them is attacked.”

Flynn’s comments on the Russian invasion echo those made by Trump, who has been criticized over the years for his flattering tone when discussing Putin and the Kremlin. During a recent interview with the conservative network, Real America’s Voice, Trump alleged that the U.S. and President Joe Biden forced Russia’s hand with its “rhetoric” leading up to the start of the invasion in late February.

“They actually taunted him, if you really look at it,” the ex-president said. “Our country, and our so-called leadership, taunted Putin. I said, you know, they’re almost forcing him to go in with what they’re saying. The rhetoric was so dumb.”