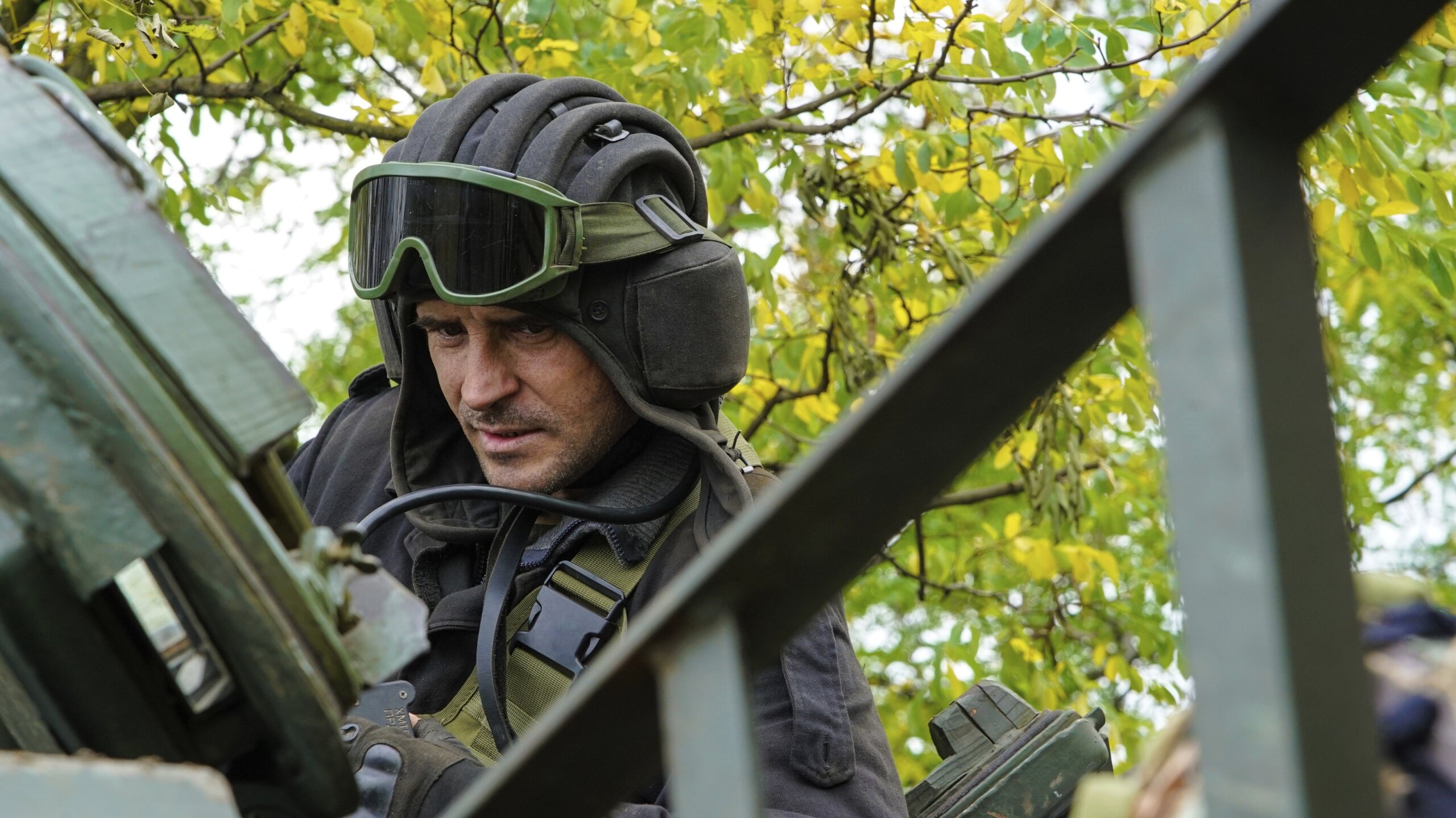 KYIV, Ukraine (AP) — Ukrainian troops continued to push forward Monday with their offensive that has embarrassed Moscow, with Kyiv…

KYIV, Ukraine (AP) — Ukrainian troops continued to push forward Monday with their offensive that has embarrassed Moscow, with Kyiv officials and foreign observers hinting at new gains in the strategic southern region of Kherson that the Kremlin wants to annex.

Kherson has been one of the toughest battlefields for the Ukrainians, with slower progress when compared with Ukraine’s breakout offensive around the country’s second largest city of Kharkiv, in the northeast, that began last month.

Kherson is one of the four regions illegally annexed by Moscow last week after a “referendum” orchestrated by the Kremlin. The lower house of the Kremlin-controlled parliament is set to ratify the treaties Monday, and the upper house will follow the next day.

Kremlin spokesman Dmitry Peskov said Monday that two of those regions, Donetsk and Luhansk, are joining Russia with their administrative borders that existed before a conflict erupted there in 2014 between pro-Russian separatists and Ukrainian forces. He noted that the issue of the borders of the two other regions — Zaporizhzhia and Kherson — remains open.

“We will continue to discuss that with residents of those regions,” Peskov said in a conference call with reporters. He did not provide additional details.

Ukrainian media outlets on Monday highlighted an image of Ukrainian troops displaying flags at a marker for the village of Khreshchenivka, which is in the same area of Kherson where troops apparently have broken through Russian lines.

Ukraine has pressed its counteroffensive in the Kherson region since the summer, relentlessly pummeling Russian supply lines and making inroads into the areas west of the Dnieper River held by the Russians.

The Ukrainian military has successfully used U.S.-supplied HIMARS multiple rocket launchers to repeatedly hit the main bridge across the Dnieper in the city of Kherson and a dam that served as a second main crossing. It also has struck pontoon bridges that Russia has used to supply its troops on the western bank of the river after the main crossings were made inoperable.

Despite the successful strikes on supply lines, Ukrainian offensive operations in the south so far have been slower and less successful compared with the northeast, as the open terrain easily exposed the attacking force to Russian artillery fire and airstrikes.

Russian military bloggers close to Moscow have increasingly acknowledged that Ukraine has superior manpower, backed by tank units, in the area.

A Russian-installed official in the Kherson region, Kirill Stremousov, admitted in a video statement on Monday morning that the Ukrainian forces “have broken through a little deeper.” However, he insisted that “everything is under control” and that Russia’s “defense system is working” in the region.

Russia attacked Ukrainian President Vladimir Zelenskyy’s hometown and other targets Sunday with suicide drones, and Ukraine took back full control of a strategic eastern city in a counteroffensive that has reshaped the war.

Russia’s recent loss of the eastern city of Lyman, which it had been using as a transport and logistics hub, was a new blow to the Kremlin as it seeks to escalate the war by illegally annexing the four regions of Ukraine and heightening threats to use nuclear force.

In his nightly address Sunday, Zelenskyy discussed the recent liberation of Lyman, a key Russian node for logistics on the front line in the northeast.

“The story of the liberation of Lyman in the Donetsk region has now become the most popular in the media — but the successes of our soldiers are not limited to Lyman,” Zelenskyy said.

Lyman, which Ukraine recaptured by encircling Russian troops, is in the Donetsk region near the border with Luhansk.

In his broadcast, Zelenskyy also thanked troops from his hometown near Kherson.

“To the soldiers of the 129th Brigade of my native Kryvy Rih, who distinguished themselves with good results and liberated, in particular, Arkhanhelske and Myroliubivka,” he said.

Those two villages are in the same area where Ukrainian troops have been making advances. A photo emerged at the weekend showing Ukrainian forces’ operation southwest of Novovorontsovka on the banks of the Dnieper River.

It also reported advances in the Kherson region and said that the Russian authorities in response restricted people from leaving the city of Kherson, introducing special permits for those who want to leave.

Since the Russian offensive started in February, Ukrainian forces have recently managed to retake swaths of territory, notably in the northeast around Kharkiv, in a counteroffensive in recent weeks that has embarrassed the Kremlin and prompted rare domestic criticism of Putin’s war.