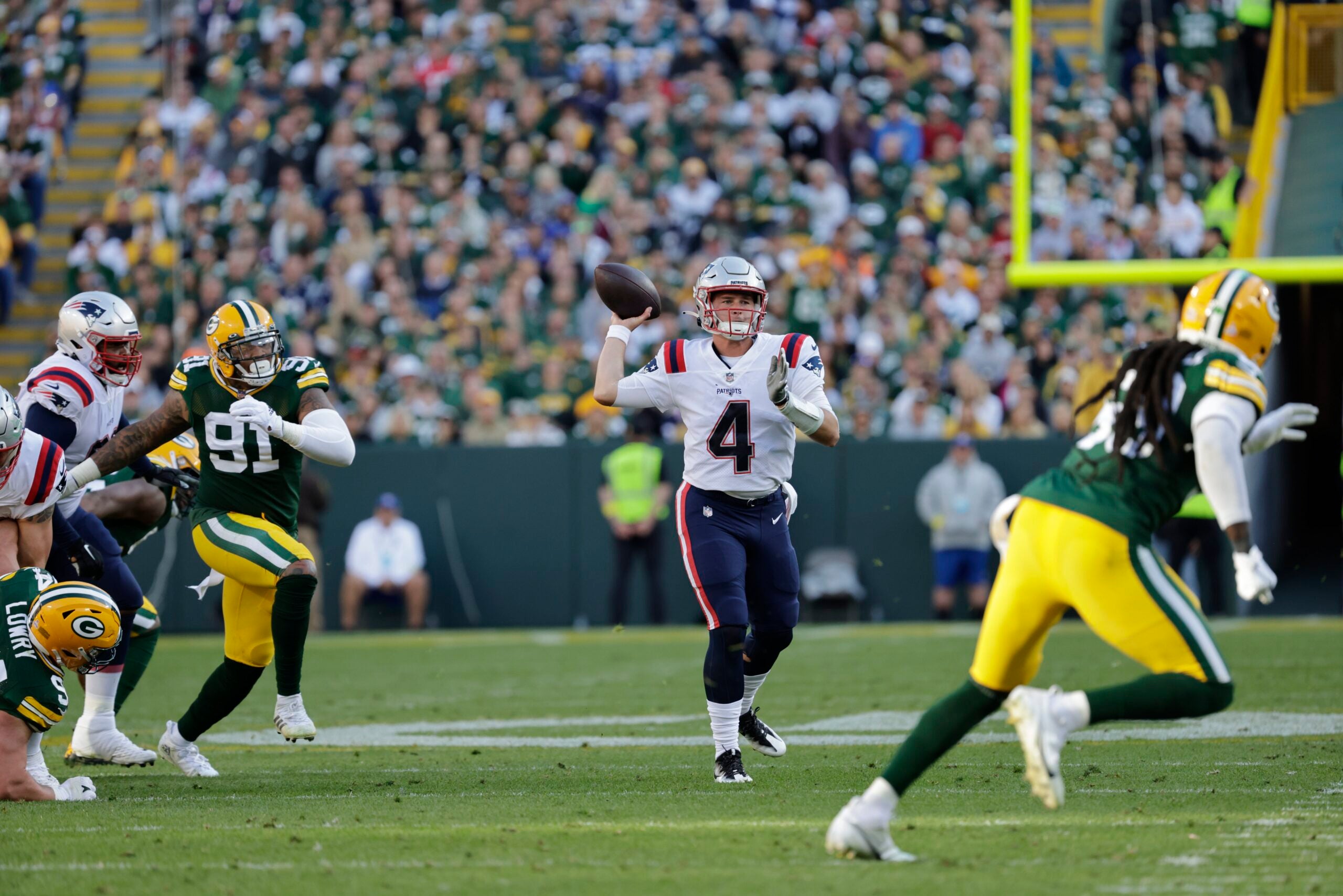 Welcome to Week 5, where the Patriots are set to host the Lions in what will likely be Bailey Zappe’s first NFL start.

The rookie quarterback took over for Brian Hoyer last week and helped the Patriots take Aaron Rodgers and the Packers to overtime.

Mac Jones reportedly made a push to play, but was ruled doubtful prior to the game. ESPN’s Adam Schefter reported that Jones is not expected to play.

Through four games, the Lions have racked up more yards per game than any other team in the NFL. They’ve also given up the most yards per game.

The Patriots had a more run-heavy approach last week with Zappe in the game.

Will that continue the Patriots face the Lions defense?