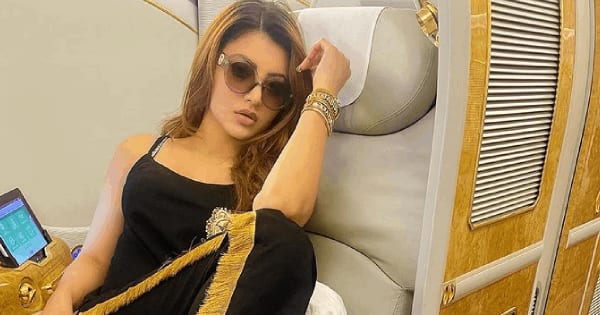 Contents hide
1 Urvashi Rautela’s trip to Australia turns into a meme fest
2 Check out the tweets below:

Urvashi Rautela‘s name has been linked to cricketer Rishabh Pant. A lot of drama has unfolded in the name of the two stars. From cricketer blocking Urvashi Rautela to she cheering for him in the stands, a lot has been written. And well, once again, the two stars are in the news. Ahead of T20 World Cup, Urvashi Rautela has flown down to Australia where the matches are going to take place and Twitter is flooded with hilarious over the same. Also Read – Janhvi Kapoor, Nora Fatehi, Malaika Arora and more Bollywood divas who put on a busty display with sensational outfits [View Pics]

Urvashi Rautela’s trip to Australia turns into a meme fest

On Twitter, netizens are talking about Urvashi Rautela‘s visit to Australia and dragging Rishabh Pant in it. She shared the pictures with the caption saying that she followed her heart and it led her to Australia. Netizens being netizens, they have churned out the most hilarious memes as possible. Also Read – From Rishabh Pant controversy to being an uninvited party guest: 5 times Urvashi Rautela proved that she is her own devil

Check out the tweets below:

Even if people are laughing at her #UrvashiRautela will not stop chasing #RishabhPant …. As it is giving her huge publicity … N that’s what exactly Any Bollywoodian look for pic.twitter.com/ks0GnBlzQH