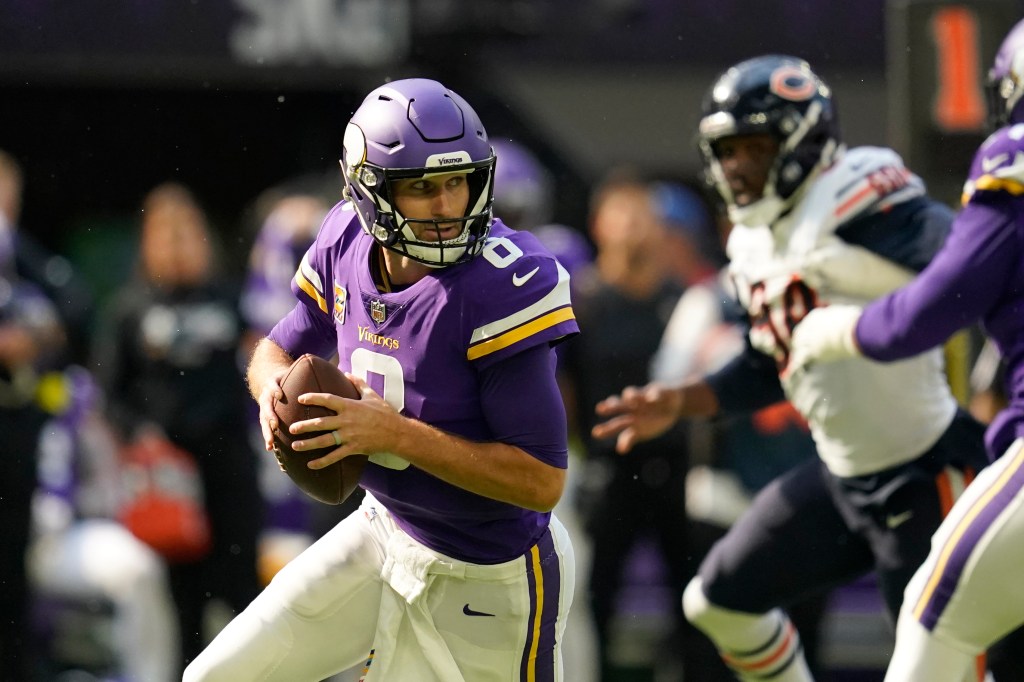 Another Sunday, another Viking getaway.

For the third week in a row, the Vikings trailed in the fourth quarter against a better-ranked foe, only to come back and win a game they could have easily lost. Their latest Houdini act was a 29-22 win over the Chicago Bears on Sunday at US Bank Stadium.

The Vikings trailed 22-21 in the fourth quarter after blowing a 21-3 lead. But they pulled ahead for good at 29-22 on a Kirk Cousins ​​1-yard sneak and a two-point conversion pass from Cousins ​​to Justin Jefferson with 2:26 left in the game.

Vikings cornerback Cameron Dantzler then stole the ball out of the hands of former Minnesota wide receiver Ihmir Smith-Marsett. He returned the punt 16 yards to the Bears 45 with 1:01 left and that was the game.

The Vikings trailed for the first time in the game at 22-21 on a 51-yard field goal by Cairo Santos with 9:26 left. But they came back on a 17-play, 75-yard drive that lasted seven minutes and ended with Cousins’ 1-yard run on third-and-goal.

Cousins ​​completed 32 of 41 passes for 296 yards with a touchdown and an interception. Jefferson had a career-high 12 catches for 154 yards and Dalvin Cook carried 18 times for 94 yards.

In the first half, Cousins ​​had a game-high performance as he completed his first 17 passes of the game. Add the two passes he completed to end the Oct. 2 game against New Orleans in London, giving him a team-high 19 completions. The previous multi-game or single game record was 16, by Tommy Kramer at Green Bay on November 11, 1979.

Cousins’ final completion of his run was a 1-yard pass to Jalen Reagor for a touchdown midway through the first quarter for a 21–3 lead. But then the Vikings went cold.

The Bears cut the deficit to 21-10 with a 9-yard touchdown run by David Montgomery just before halftime.

In the third quarter, the Bears got a 9-yard touchdown pass from Justin Fields to Velus Jones Jr. and a 43-yard field goal from Cairo Santos to cut the deficit to 21-19.