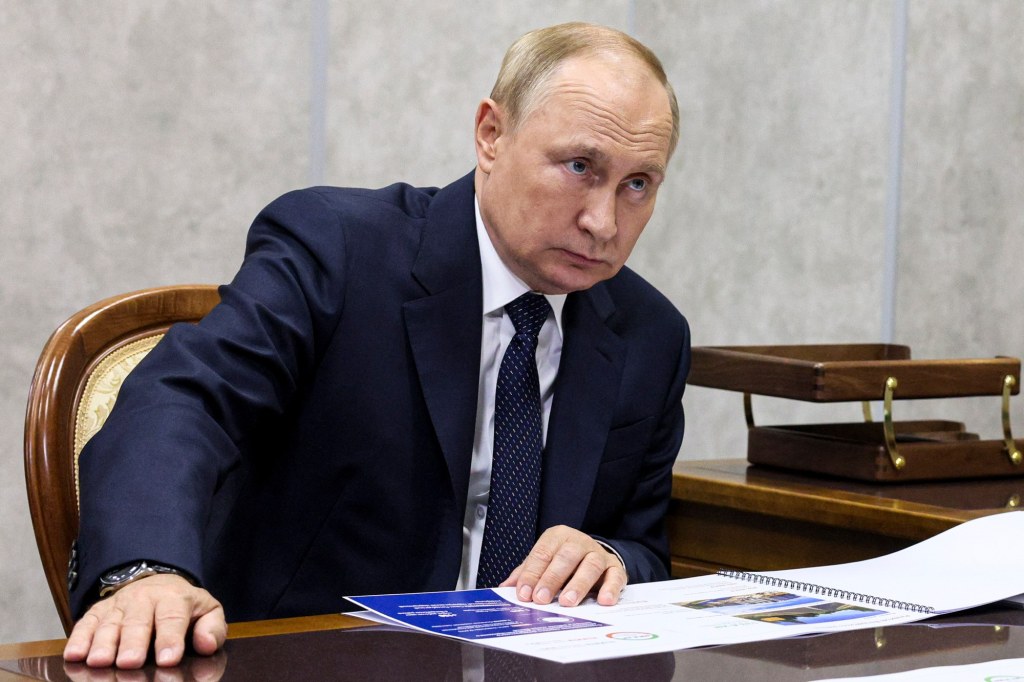 In an angry and sinister speech, Vladimir Putin offered one of his strongest condemnations of NATO and the United States to date, lashing out at the West for creating a “neocolonial system” designed to destroy Russia.

While the stated purpose of Putin’s speech was to declare and celebrate Russia’s sham annexation of four Ukrainian territories, the speech went far beyond that, and was one of the most serious escalations of the Russia-Ukraine war to date.

“I want the Kyiv authorities and their true masters in the West to hear me, so they remember this. People living in Luhansk and Donetsk, Kherson and Zaporizhzhia become our citizens. Forever,” Putin said on Friday.

The speech finally demonstrated that Putin is becoming more determined and unhinged with each passing day, and made it clear that he poses more danger to the Ukrainian people, to the international order and to global democracy than ever before.

The West has largely put up a united front throughout the war in terms of sanctioning Russia’s economy and sending billions of dollars in arms and aid to Ukraine. This level of support enabled the successes of Ukraine’s recent counter-offensives in Russian-occupied territory, including parts of the ‘annexed’ countries.

However, the West’s determination and Ukraine’s determination – which has put Putin’s forces back on the ground and created domestic turmoil in Russia – has only hardened the Russian dictator’s determination to keep fighting until Russia wins, regardless of the human or economic costs.

Putin’s suggestion that Russia could resort to nuclear warfare – if the West continues to send military aid to Ukraine and does not pressure Kiev to agree to a solution that appeases Moscow – was proof of that.

He preemptively justified the use of nuclear weapons against Ukraine by claiming that the United States set a “precedent” for the use of such weapons when our military deployed atomic bombs against Japan during World War II.

While many observers have argued that Russia would never take such a drastic step, we have no reason to believe that Putin’s threats are empty.

Against all odds, Russia did take the once unthinkable step of invading Ukraine. And every day since then, Putin has shown a complete disregard for the laws of war and for human life, considering the horrific and unimaginable war crimes that Russian forces have allegedly committed.

Another disturbing takeaway from Putin’s speech, which should not be taken lightly, was his hint that Russia could cause an energy crisis in Europe this winter if the West does not back down from supporting Ukraine.

Putin has unfoundedly blamed the twin explosions at the Nord Stream pipelines – which supply Russian gas to Europe – on the United States, even though Russia is widely believed to have been responsible. However, Putin may very well use this as a false pretext to justify continuing to cut off gas supplies from Russia, which could trigger an energy crisis throughout Europe.

By weaponizing energy supplies – especially in winter – Putin’s goal is to cause fractures in the Western alliance, given Europe’s heavy dependence on Russian energy.

To be sure, Putin’s threats to resort to nuclear and energy warfare are serious and alarming. But his pledge to wage the global fight for a “greater historic Russia” provided unparalleled — and unnerving — insight into his long-term ambitions.

Even though Russia has faced severe and unexpected battlefield setbacks as well as an unexpected coordinated response from the West, Putin’s endgame remains the same.

For Putin, the invasion of Ukraine was one step in his larger plan to spread autocratic rule, split NATO, regain Russia’s influence in the world, marginalize the United States, and dismantle the liberal world order.

Indeed, the conflict between Russia and Ukraine is one battle in the larger global war between democracy and autocracy, between freedom and oppression.

Putin’s blatant rejection of civil liberties and basic human rights in his speech – specifically his attacks on the LGBTQ community – highlights the risks to future generations if the West does not continue to stand firm against Russian aggression.

“Do we want children to be forced from primary school with things that lead to degradation and extinction? Do we want them to be taught that instead of men and women, there are supposedly other genders and that gender reassignment surgeries are offered? This is unacceptable to us; we have a different future,” Putin said.

The liberal world order that has existed since World War II is under threat as never before. The West must continue to oppose Russian aggression at all costs, and do everything in our power to combat global autocracy.