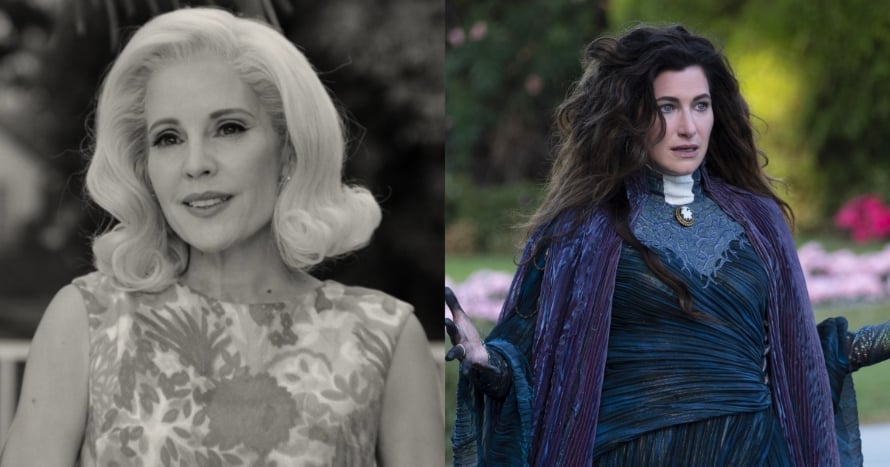 Marvel’s Disney Plus series Agatha: Coven of Chaos is set to feature a familiar face from WandaVision.

Actress Emma Caulfield, who played Westview resident Dottie Jones in WandaVision, has revealed that she is returning to the Marvel Cinematic Universe thanks to Agatha: Coven of Chaos, a new Disney Plus series starring Kathryn Hahn. Known as Sarah Proctor in the “real” world, Dottie was the neighbor of Wanda Maximoff and The Vision, appearing in four episodes of the Marvel project.

Emma Caulfield dropped the news during a recent interview with Vanity Fair, focusing on her multiple sclerosis (MS) diagnosis. Caulfield spoke about working on Agatha: Coven of Chaos with MS after having issues on the set of WandaVision, which was shot at the beginning of the COVID-19 pandemic.

“I am going back to work! Everyone has been notified that needs to be notified. I can’t put myself through what I did with WandaVision again. I can’t do that. They did nothing wrong…. They had no idea what was going on with me,” Caulfield recalls. “They didn’t ask anything of me that was like, “I need to call my agent!” They’re asking me to just sit and chat and do my dialogue. It’s not hard… [I told them now] knowing that I shouldn’t be out in this heat at all. And if I am, I need to be taking way more precautions than I am.”

Agatha: Coven of Chaos is currently scheduled to premiere in Winter 2023 on Disney Plus. Production is expected to begin later this year, with the series rumored to be using the working title “My Pretty.” Kathryn Hahn and Emma Caulfield are the only confirmed Agatha cast members so far.

Here is the synopsis for WandaVision:

Marvel Studios’ “WandaVision” blends the style of classic sitcoms with the Marvel Cinematic Universe in which Wanda Maximoff (Elizabeth Olsen) and Vision (Paul Bettany)—two super-powered beings living their ideal suburban lives—begin to suspect that everything is not as it seems.

WandaVision is available to stream on Disney Plus. Keep following along to stay up to date on all of the latest news surrounding Kathryn Hahn as Agatha Harkness, and subscribe to our YouTube channel for more content!