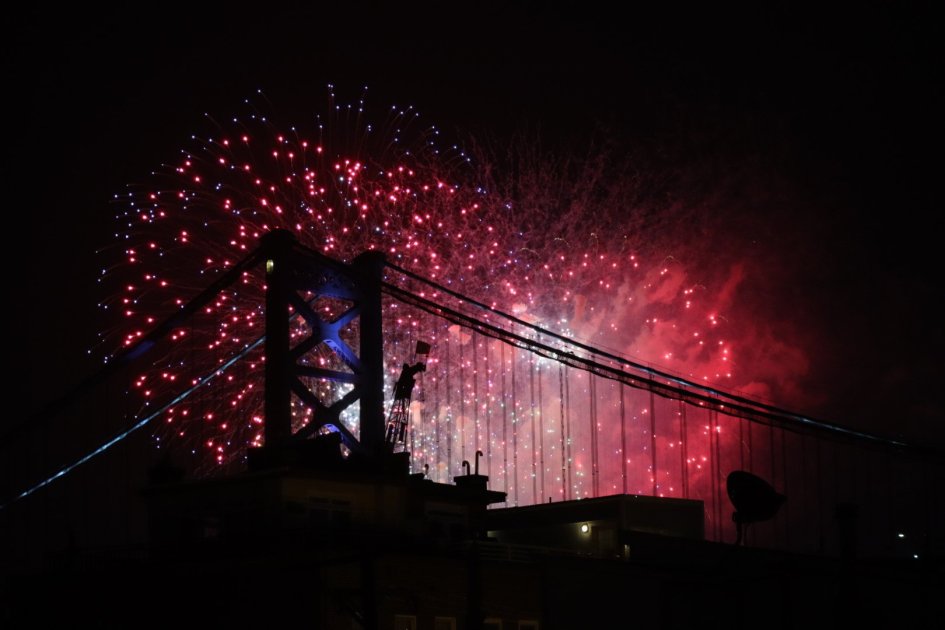 Some people just got loud booms. Others heard the sizzle. And a few caught sight of them — tons of fireworks lighting up the Friday night sky over Philadelphia.

But whoever was setting off these fireworks was doing it with gusto — they’re actually louder when there’s low cloud cover, because it traps the sound — and confusing a bunch of Philadelphians in the process.

Around 8:30 p.m., social media started lighting up with questions about what exactly residents were hearing, and more importantly, why.

Less than 15 minutes after the sparkler kerfuffle began, Twitter user Lauren Cristella came up with the likely answer: A Cooper Foundation event — the health care company’s annual Red Hot Gala — held across the river in Camden.

Cristella, who is chief program officer for good government group Committee of Seventy and president of the League of Women Voters of Philadelphia, found the info on a government website.

“I could see the fireworks from my house,” Cristella told Billy Penn, “so I just googled … Not terribly inventive on my part.”

Reporters and others who tried their own Googling may disagree.

But now we know where to look the next time surprise fireworks show up — at least if they’re over the water. The site with the answer describes itself as the Federal Register, “The Daily Journal of the United States Government.” (Journaling is so popular these days.)

On that register, there’s a page with today’s day and info about a Coast Guard “safety zone” being enacted for the Delaware River for exactly the time the sparklers started happening, “to provide for the safety of life on navigable waterways during the Cooper Foundation Gala fireworks display.”

Boom, as they say. Who’s gonna let a little rain get in the way of a good party? Not the philanthropic arm of Cooper University Health Care. Mystery solved.