Will Smith Escapes from Slavery in Teaser Trailer for ‘Emancipation’

“There are many ways to die in a swamp…” “There are many ways to die here…” Apple TV has revealed a first look teaser trailer for a film titled Emancipation, starring Will Smith as an escaped slave film that has been in the works for the past few years. Apple has made the very bold decision to release this film in December, right in the middle of awards season, despite all of the negativity surrounding Will Smith’s slap at the Oscars earlier in the year. It recently screened to small group of influences, and the early word is it’s a powerful film. Will Smith stats as Peter, a runaway slave who forges through the swamps of Louisiana on a tortuous journey to escape plantation owners that nearly killed him. The film is inspired by the 1863 photos of “Whipped Peter,” taken during a Union Army medical examination. The cast also includes Ben Foster, Charmaine Bingwa, Gilbert Owuor, Mustafa Shakir, Steven Ogg, Grant Harvey, Jabbar Lewis, Jayson Warner Smith, Ronnie Gene Bivens, Michael Luwoye, Aaron Moten, and Imani Pullum. This is an excellent teaser, setting up the stakes and the story. But does anyone want to see this right now? 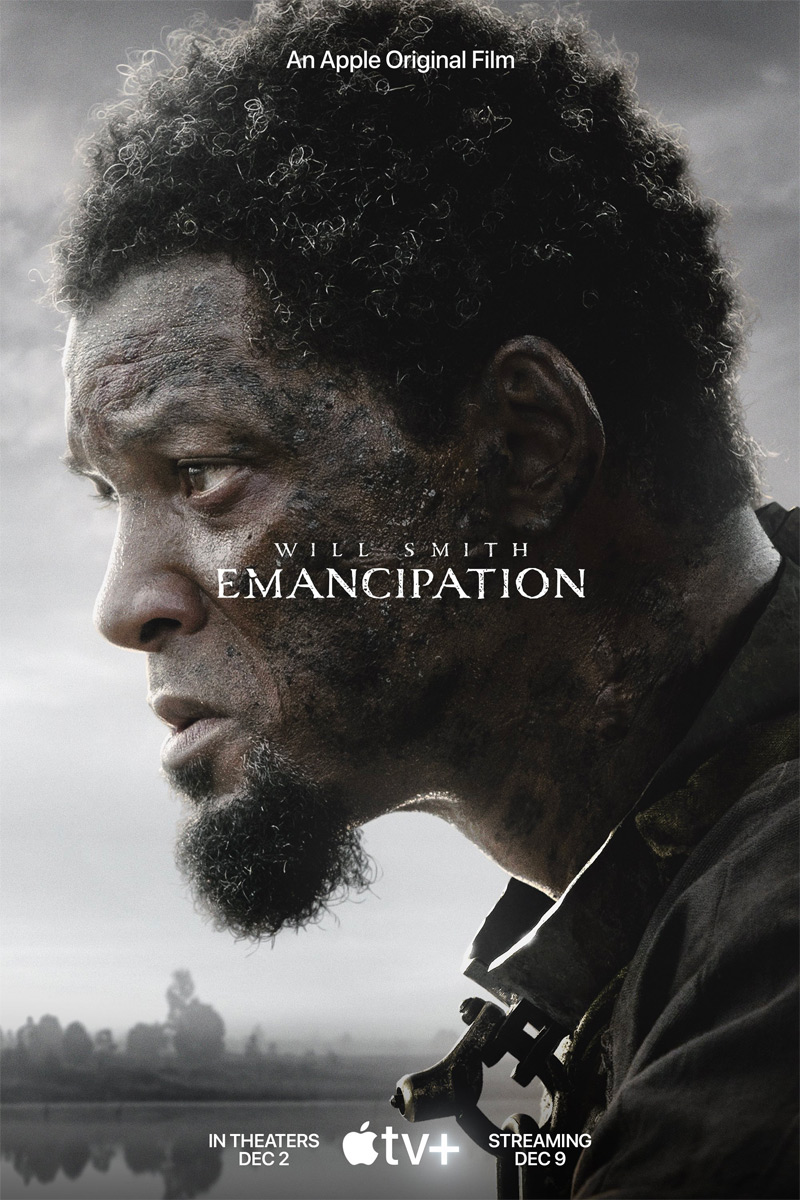 Tells the triumphant story of Peter (Will Smith), a man who escapes from slavery, relying on his wits, unwavering faith and deep love for his family to evade cold-blooded hunters and the unforgiving swamps of Louisiana on his quest for freedom. The film is inspired by the 1863 photos of “Whipped Peter,” taken during a Union Army medical examination, that first appeared in Harper’s Weekly. One image, known as “The Scourged Back,” which shows Peter’s bare back mutilated by a whipping delivered by his enslavers, ultimately contributed to growing public opposition to slavery. Emancipation is directed by the award-winning American filmmaker Antoine Fuqua, of films including The Replacement Killers, Training Day, Tears of the Sun, King Arthur, Shooter, Brooklyn’s Finest, Olympus Has Fallen, The Equalizer, Southpaw, The Magnificent Seven, The Equalizer 2, Infinite, and The Guilty previously. The screenplay is written by Bill Collage (Exodus: Gods & Kings, The Transporter Refueled, Allegiant, Assassin’s Creed). It’s produced by Todd Black, Joey McFarland, Jon Mone, and Will Smith. Apple will release Emancipation in select US theaters starting December 2nd, 2022, then streaming on Apple TV+ on December 9th later in the fall.