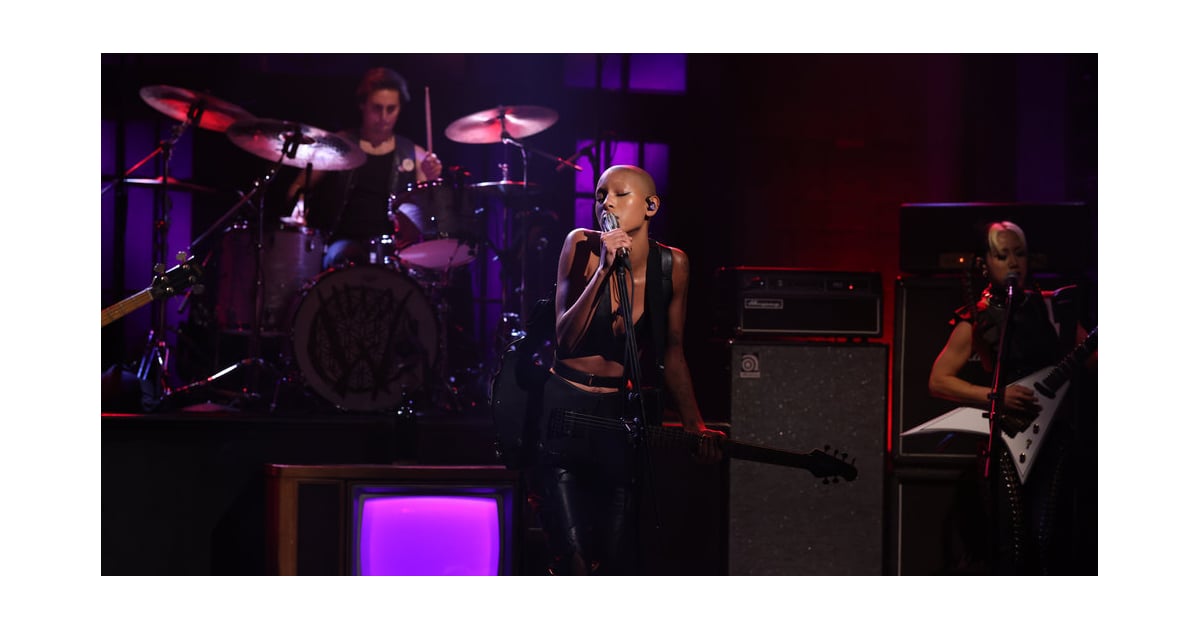 Willow Smith brought a dash of metal defiance to her hard-rocking solo “Saturday Night Live” debut performance on the Oct. 8 episode hosted by Brendan Gleeson. Smith previously appeared alongside Camila Cabello for a performance of “Psychofreak” in an April episode of the long-running NBC series, but this marked her first time taking on the musical guest gig on her own. The end result was an electrifying two-song set that culminated in the 21-year-old putting her guitar through a TV screen.

Smith began the evening with a rendition of “Curious/Furious” from her new album, “Coping Mechanism,” before switching things up with “Ur a Stranger.” The talented singer moved through genres at an impressive speed as she mixed pop, rock, punk, and heavy metal sounds throughout her set, including screaming her way through the chorus of “Ur a Stranger.” It was a confident solo debut that will no doubt ensure Smith will be returning to Studio 8H in the future.

Prior to her musical guest appearance, Smith spoke to Apple Music 1’s Zane Lowe about anticipating her first solo appearance. “I’m honestly really, really surprised that I’m going to be on ‘SNL’ twice in one year, five months apart,” she said. “That’s crazy. I’m really excited. I’m nervous obviously, because being with Camila — a really, really good friend of mine — there’s that feeling of comfortability there where you can look across the stage and be like, ‘Girl, we’re in this together. We’re doing this.’ I’m not baring my soul alone on the stage. But now it’s going to be me baring my soul alone on the stage, and I’m just so grateful and so excited, but also sh*tting my pants slightly.”

Postshow, Smith’s nerves appeared to have disappeared. The “Coping Mechanism” singer shared a backstage photo on Instagram alongside a victorious caption. “It’s called historybeingmade.com 🖤🖤🖤🖤🖤🖤🖤🖤🖤🖤🖤🖤🖤🖤,” she wrote.