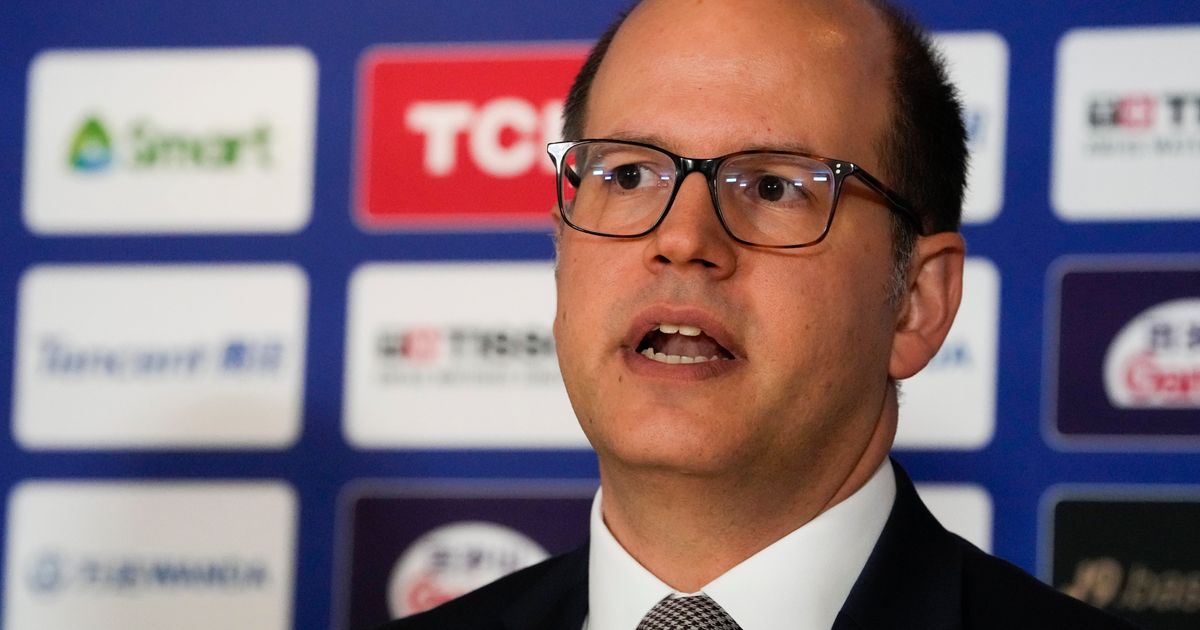 SYDNEY (AP) — Players at this year’s World Cup had a few concerns about the competition, including the compact schedule and the timing of the tournament and the women took their complaints right to the top.

FIBA Secretary General Andreas Zagklis, who talked with many of the players during the course of the recently competed tournament. He offered a quick solution for the rest concerns, but changing the date will take more work.

The next World Cup in 2026 will once again feature 16 teams instead of the 12 at this year’s tournament — and players will have more to recuperate between the final rounds.

“We will not play three days in a row, that will not happen again,” Zagklis said. “This is not something we want to see repeated. It’s too heavy on the players.”

At this year’s tournament, the quarterfinals, semifinals and medal games were played over three straight days. Overall, teams that reached the gold medal game would have played eight games in 10 days. The 2018 World Cup had a break between the quarters and the medal round.

While the scheduling change is a welcomed positive step for the players, there’s still the issue of timing. The WNBA tried to work with FIBA by shortening its season. Still, the league’s playoffs continued until the start of the World Cup, forcing about a dozen players to basically travel a few thousand miles, get off a plane and start playing for their national teams.

Many European leagues tip off soon after the World Cup ends, so it’s difficult to move it to a later start date.

Zagklis said FIBA will be working with the stakeholders to provide the best possible solution for the players — though indicating the change will likely have to come from the WNBA or the other pro leagues.

“The World Cup is turning next year 70 years old, the women’s world has been there much before virtually every women’s league in the world and it is the top female competition,” Zagklis. “So the calendar starts again with the World Cup.”

USA Basketball chairman Martin Dempsey said there is a sense of urgency for FIBA to address the scheduling problem, especially with the WNBA set to expand over the next few years.

“The time to have that conversation is before it happens, not after,” Dempsey said. “So we really do need to figure out with the ‘W,’ the NBA and FIBA how to keep all of these enterprises viable because we don’t want to run the risk of creating a very diluted World Cup.

“We’ve got to have a really serious ongoing conversation about how to keep things in sync so that they don’t clash.”

Before the scheduling change was announced, players made their positions clear.

“I don’t know if FIBA gave a damn about anyone,” Plum said.

“Rest would be a good thing,” Wilson said. “Having some time between would definitely help.”

The site for the 2026 World Cup hasn’t been announced yet and getting to Australia might have been the most difficult place for everyone because of its location.

Serbia coach Marina Maljković noticed how tired many players were. She coaches in Turkey in the winter and said players across the leagues need a break.

“You see a lot of players that lacked freshness. You can see it, any single team going from club season to WNBA, WNBA to national team,” Maljković said. “This year it’s very, very complicated. … Talking to players, they really suffered this season because of the tight schedule everywhere. I guess there will be smart people who will sit around the table and see what we can do about that.”

Aside from the logistical issues, the World Cup was a huge success in Australia. The total attendance of 145,519 was the highest-ever in the history of the competition. There were nearly 16,000 fans at the gold medal game between the U.S. and China, which was the largest since the 1953 championship game that was played in Chile in a stadium that had 35,000 fans.

“By all metrics, we have seen a tremendous effort by the hosts,” Zagklis said. “Record sales in merchandise, record attendances, fantastic atmosphere in the games, so it’s hard to challenge the conclusion that we’ve been able to experience the best World Cup ever.”