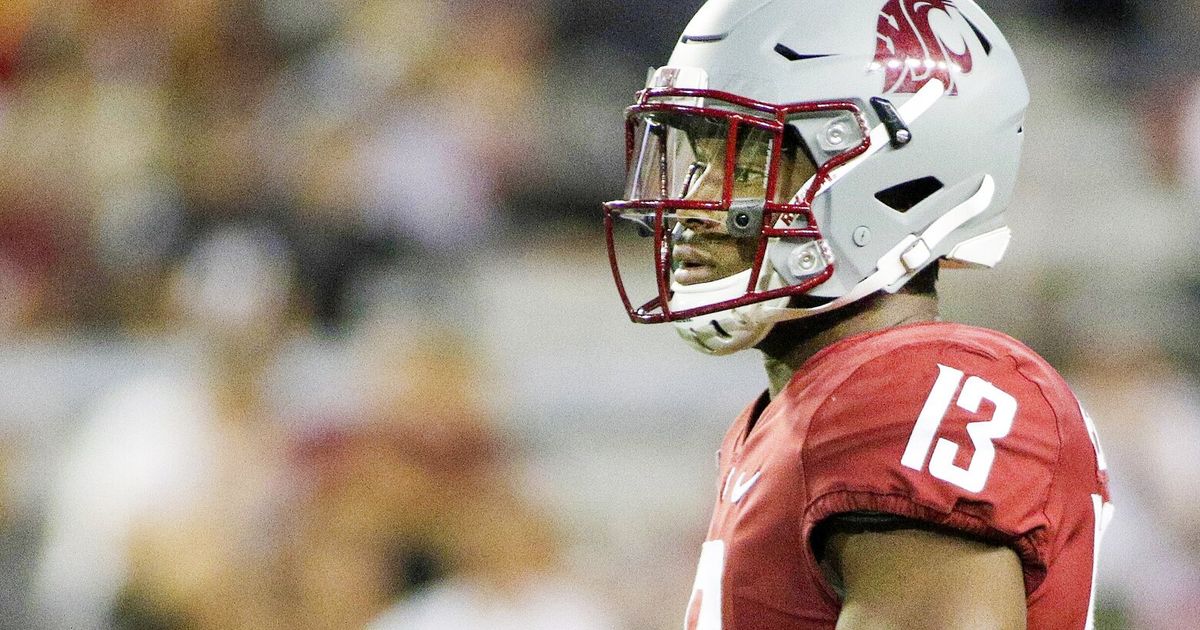 PULLMAN — Jordan Lee, a senior starter at strong safety, missed Washington State’s past three football games after sustaining an injury against Wisconsin on Sept. 10. He suited up for warmups in each of the past two games but was a late scratch.

But coach Jake Dickert expects Lee to return to the Cougars’ secondary Saturday, when WSU visits No. 6 USC at 4:30 p.m. at L.A. Memorial Coliseum.

“We feel very confident to get Jordan Lee back this week, and I’m excited about that,” Dickert said Monday. “We need him, his experience. He’s seen everything, and his physicality — those are things that are going to help, and obviously keeping guys fresh.”

Second-year freshman Jaden Hicks has started for Lee with mixed results. Hicks totaled double-digit tackles in each of the past three games. The Cougars’ safeties had a tough outing in a 44-41 loss to Oregon but bounced back Saturday in a victory over California.

With Lee out of the lineup, Hicks and free safety Sam Lockett III have shouldered heavy workloads. The Cougars presumably will use Hicks as a substitute at both safety positions — he cross-trained during fall camp.

Lee registered 147 tackles in 46 games the previous four seasons at Nevada. He transferred to WSU in January, following defensive coordinator Brian Ward from Reno to Pullman. Lee claimed the starting job at strong safety during spring camp and played well in two games.

Senior cornerback Kaleb Ford-Dement, who underwent season-ending shoulder surgery this offseason, is still with the team. It’s uncertain whether Ford-Dement is pursuing a medical redshirt in hopes of returning to WSU for a final season.

“We haven’t had those conversations yet,” Dickert said.

Wide receiver Zeriah Beason is no longer with the program, Dickert said.

Beason joined WSU this offseason after two years at Oregon State. He captured a role in the receiver rotation during fall camp but did not appear in a game. A few days before WSU’s season opener, Dickert informed reporters that Beason would be out indefinitely as he worked through unspecified “eligibility issues.”

Beason had been expected to be the Cougars’ No. 3 target at outside receiver this season — behind starters De’Zhaun Stribling and Donovan Ollie. But his Cougar career is over before it could begin.

WSU will play just its second night game of the season when it meets Oregon State in Corvallis on Oct. 15.

The Cougars and Beavers will kick off at 6 p.m., the Pac-12 announced Monday. Pac-12 Networks will carry the broadcast.

WSU began its season with a 6:30 p.m. kickoff at home against Idaho, but the Cougars’ next five games received afternoon start times.